Age is just a number, says a family member of 111-year-old Bachan Singh, the oldest voter in Delhi who carried a youthful enthusiasm into the polling station in Tilak Vihar here. 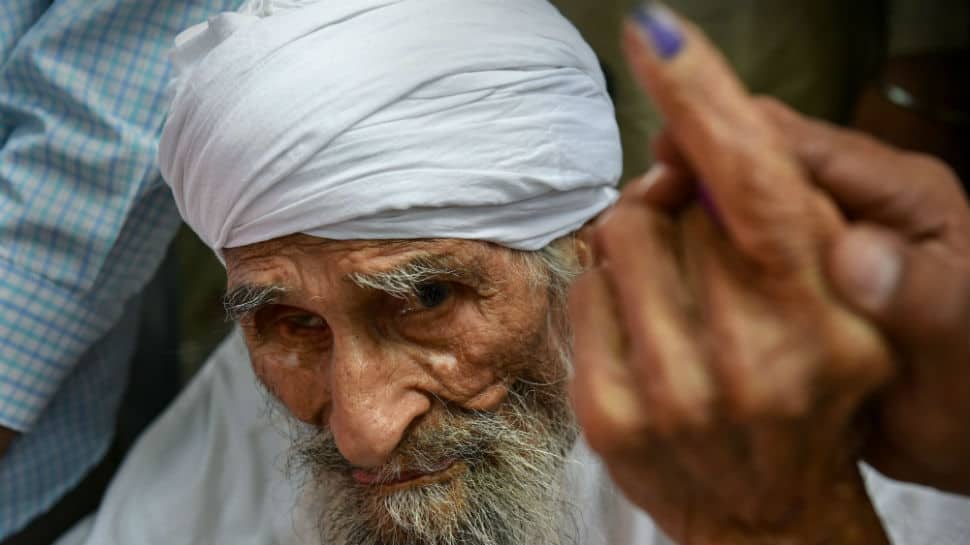 New Delhi: Age is just a number, says a family member of 111-year-old Bachan Singh, the oldest voter in Delhi who carried a youthful enthusiasm into the polling station in Tilak Vihar here.

Till the last assembly elections in 2015, the centenarian cycled to the polling booth to cast his vote. This time, he reached the booth in a car along with poll officers in full media glare.
He was later wheeled into the polling both using a chair.

A paralysis attack around three months ago had rendered the centenarian bedridden. Though Bachan Singh cannot talk like the way he did before, but he knows how important his vote is.

"I will vote for those who worked for us," he said.

Interestingly, Singh doesn't know there's a party called the AAP and that Arvind Kejriwal is the chief minister of Delhi.

"He doesn't even know that the Aam Aadmi Party exists. For him, every election has been a contest between the BJP and the Congress," his youngest son, Jasbeer Singh, 63, says.

Jasbeer Singh claims his father has never missed out on an election since 1951.

"Till a few years ago, he would cycle to the polling booth and cast his vote. He never needed any help. He cooked for himself and spent most of the time doing seva in gurdwara," Jasbeer says.

The family says they have traditionally voted for the Congress because former prime minister Jawaharlal Nehru "supported Namdhari Sikhs at the time of partition". But they think the Aam Aadmi party should be given another chance in Delhi.