95 constituencies vote in phase 2 of Lok Sabha election: Know the parties which currently hold the seats

While the election in Vellore has been cancelled following an EC order over allegations of excess use of money power, election in one seat in Tripura which was scheduled to be held on April 19 has been postponed to April 23 over law and order concerns. 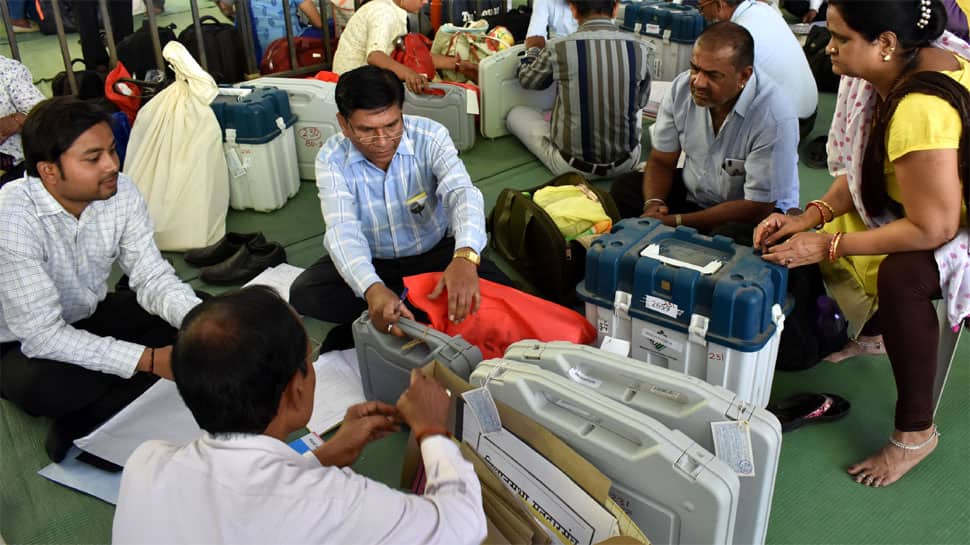 Ninety five parliamentary constituencies across 11 states and 1 Union territory are voting in the second phase of Lok Sabha election on April 18. Polling is being held in 37 seats in Tamil Nadu, 14 seats in Karnataka, 10 in Maharashtra, eight in Uttar Pradesh, five each in Assam, Bihar and Odisha, three each in Chhattisgarh and West Bengal, two in Jammu and Kashmir and one seat each in Manipur and Puducherry.

While the election in Vellore has been cancelled following an EC order over allegations of excessive use of money power, election in one seat in Tripura which was scheduled to be held on April 18 has been postponed to April 23 over law and order concerns. Authorities in Vellore had seized over Rs 10 crore cash from the premises of an associate of a DMK leader recently. Elections will also be held in 35 assembly constituencies in Odisha.

Major parties which currently hold these 97* seats (including Vellore and Tripura) are Bharatiya Janata Party and the All India Anna Dravida Munnetra Kazhagam (AIADMK) with 27 and 37 seats each. The election will be crucial for the AIADMK as this is the first Lok Sabha poll that is happening after the death of former party chief J Jayalalithaa.

Of the seats going to polls, the BJP is in power in eight seats of Uttar Pradesh, six seats in Karnataka, 4 seats in Maharashtra, 2 seats of Assam, 3 seats of Chhattisgarh, one seat each in Jammu and Kashmir, Odisha, Tamil Nadu and West Bengal.

The Congress is in power in 12 of these 97* seats. These include 6 seats in Karnataka, 2 each in Assam, Maharashtra and one each in Bihar and Manipur. In Bihar's Kishanganj seat, Mohammad Asrarul Haque who won the last election died in December 2018.

Here is the full list of parties which currently hold the seats and the names of the sitting MPs:

* Seats where bypolls were held