Sam Pitroda's Twitter posts are being seen as "damage control" for his controversial remark. 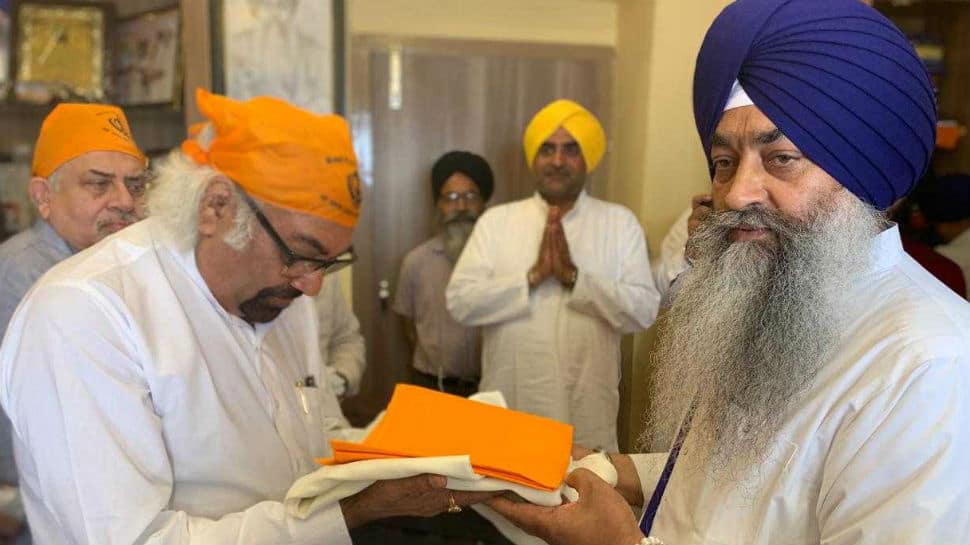 Congress leader Sam Pitroda had visited the Golden Temple, the holiest Sikh shrine, in Amritsar on Wednesday (May 8), a day before is his 'hua toh hua' remark on the 1984 anti-Sikh riots which has led to a massive controversy. Pitroda visited the Golden Temple with his family and friends and tweeted the photos saying it was a "lifetime experience."

"Blessings at Golden Temple on May 8" and "Visit to Golden Temple was a divine lifetime experience and learning on the history of this great religion," read the captions of his two tweets.

Blessings at Golden temple on May 8th 2019. pic.twitter.com/rZFGcpmpUz

Visit to Golden Temple was a divine life time experience and learning on the history of this great religion. pic.twitter.com/oEKW2cBbzS

His Twitter posts are being seen as "damage control" for his controversial remark which he made on Thursday while responding to Bharatiya Janata Party's tweet on Nanavati Commission that probed the 1984 anti-Sikh riots following the assassination of the then prime minister Indira Gandhi.

Pitroda, who heads the Indian Overseas Congress had tried to brush off the BJP's suggestion that the riots took place on the orders of former prime minister Rajiv Gandhi and said, "What is with 1984? Talk about what happened in five years. It happened in 1984, so what? (1984 - hua toh hua)."

Soon, the BJP and its ally Shiromani Akali Dal lashed out at Pitroda for his statements and demanded an apology.

“Agony of the entire Sikh community. The suffering of all those Sikh families killed by Congress leaders in 1984. Attack on Delhi’s secular ethos. All Summed up in these three words by Sam Pitroda - Hua To Hua. India will never forgive #MurdererCongress for its sins,” tweeted BJP president Amit Shah.

Agony of the entire Sikh community.

Suffering of all those Sikh families killed by Congress leaders in 1984.

All Summed up in these three words by Sam Pitroda - Hua To Hua.

Prime Minister Narendra Modi, too, while addressing a rally in Rohtak on Friday said that the remark reflects the "arrogance" of the Congress.

"Congress, which ruled for a maximum period, has been insensitive and that is reflected by the three words spoken yesterday...These words have not been spoken just like that, these words are character and mentality and intentions of the Congress," he said.

"And which were these words, these were 'hua to hua'," PM Modi added.

Pitroda, however, claims that "truth is being distorted" and tweeted: "Truth is being distorted, lies are being amplified through social media and targeted People are systematically being intimidated. However, the truth will always prevail and lies will be exposed. It is just a matter of time. Have patience."