BJP's Pragya Thakur invited Independent candidate Pragya Thakur to her residence and convinced her to withdraw from Lok Sabha election 2019. She even managed to get her support. 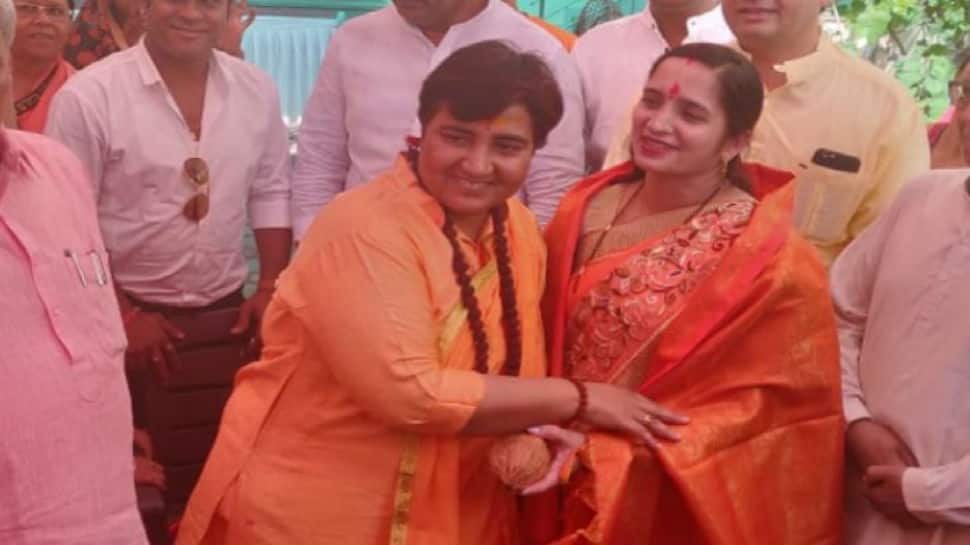 Many have been gunning for a halt to Pragya Thakur's political run in the Lok Sabha election 2019 but their prayers were only partially answered recently.

While Pragya Thakur did withdraw from the high-octane clash in Bhopal Lok Sabha constituency, it was not the controversial BJP candidate but an Independent who too had filed nomination from here.

The Independent had reportedly sought to fight the battle on her own merit and had filed nomination before BJP had announced its candidate from the Bhopal seat. Once the sadhvi was named as the party's face from here, it was felt that the other Pragya Thakur could end up getting votes meant for BJP here as voters could get confused seeing the same names.

Instances of candidates with similar names confusing voters has been seen in past elections as well. Most notably, there were 10 Chandu Lal Sahus in Chhattisgarh's Mahasamund constituency in the 2014 Lok Sabha election. And then there was BJP's Chandu Lal Sahu and his main rival in former state CM Ajit Jogi. At the time, it was suspected that it was Jogi who had propped up the 10 other Sahus - all of whom were contesting as Independents - to confuse voters away from the BJP candidate.