The party also resolved to annul Article 35A of the Constitution, which bars people from outside to own property in Jammu and Kashmir. 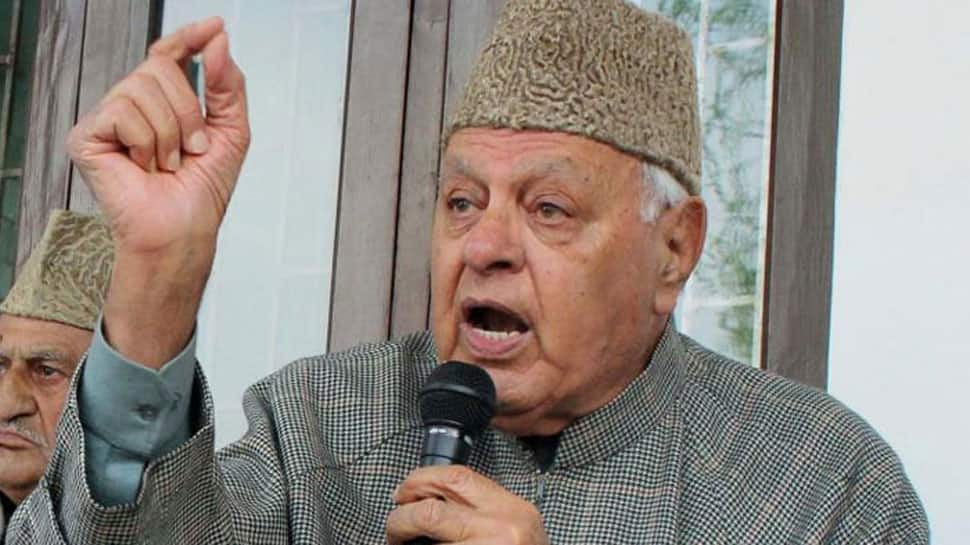 Srinagar: National Conference president Farooq Abdullah on Monday said abrogating Article 370 of the Constitution will pave way for "freedom" for people of Jammu and Kashmir and asked the BJP try joining the hearts and not break them.

Abdullah's remarks come on the day BJP released its manifesto for the Lok Sabha polls in which the party reiterated its commitment to scrap Article 370, which grants special status to Jammu and Kashmir.

The party also resolved to annul Article 35A of the Constitution, which bars people from outside to own property in Jammu and Kashmir.

"They talk of abrogating Article 370. If you do that, the accession will also not stand. I swear by Allah, I think this is the wish of Almighty, we will get freedom from them," Abdullah, who is contesting the Lok Sabha polls from Srinagar constituency, said at an election rally here.

The former chief minister said there would not be anyone to hoist the national flag in Kashmir if Article 370 is abrogated.

"Let them do it, we will see. I will see who is ready to hoist their flag here. So don't do such things that break our hearts. Try joining the hearts, not breaking them," he said.

Launching a scathing attack on the BJP leadership, including Prime Minister Narendra Modi, Abdullah said, "When you do an election rally do speak a few words of love for Jammu and Kashmir."

"Yes, we are a Muslim majority state and there is no doubt about that. Try as much as you want but you can't change it.

You think by removing Article 35A, you will usurp our rights. Will we take this lying down? We will fight it," he added.

The NC president said the special residency laws were brought in by then Maharaja of Jammu and Kashmir, Hari Singh, in 1927 as a safeguard for Dogras so that their numbers were not diluted by influx of population from other parts of India.

"Do you know what is Article 35A? It gives you (people of state) the right to this place. Nobody from outside can buy land here or apply for jobs. This was kept by Maharaja Hari Singh in 1927 so that the population of Dogras does not fall. It was not as much for us as much for them (Dogras). What do they want? Will they bring people from outside and settle them here to dilute our numbers?" he asked.

"Recently J&K Governor claimed there was no threat to Art 370 & 35-A and that parties like mine were only using them to drum up fear in the elections. I hope his colleagues in the BJP send him a copy of their manifesto," he tweeted.