Achhe din for everyone including Hindus, Muslims under Modi government: Mukhtar Abbas Naqvi

"BJP works for the development for all sections and religions. Our dharma is development of the country," Mukhtar Abbas Naqvi said. 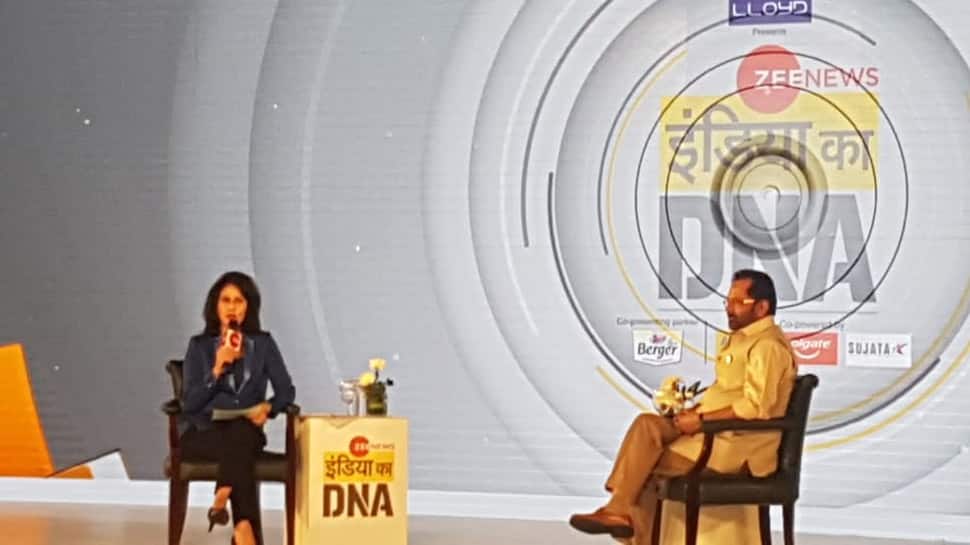 New Delhi: Union Minister Mukhtar Abbas Naqvi categorically denied discrimination against any section of the society under the leadership of Prime Minister Narendra Modi. Naqvi, who was speaking at Zee News' India Ka DNA conclave, said, "There has been no discrimination against any section of the society in the last five years. If it is achhe din for the country, then it will be achhe din for everyone including all the Hindus and Muslims."

Naqvi, the Union Minister of Minority Affairs, also added that the party does not belong to one particular community. "BJP does not believe in Hindus and Muslims. The party is for all the Indians," he said.

Of the Muslim bank vote in the upcoming Lok Sabha election 2019, Naqvi said, "At least 40 per cent of the Muslims will vote for BJP" and added, "PM Modi has never spoken about only the Hindus, he always talks about 125 crore Indians."

The union minister, during the interaction, also spoke about riots and said that while "there have been no major riots under the Modi regime, during the Congress rule, riots occurred regularly and used to continue for months."

Meanwhile, Naqvi also said that schemes like Ujjwala Yojana, Jan Dhan Yojana are for all Indians.

"BJP works for the development for all sections and religions. Our dharma is development of the country," he said.

Terming Triple Talaq a "social evil," the union minister said, "It should be eradicated just like other social evils."

Naqvi also shared his views on the disputed Ram Mandir dispute in Ayodhya and said that "Muslims are not against it. The government wants Ram Temple in Ayodhya within the frameworks of the Constitution," he said.

"Muslims are as much nationalists as any other section of the society," Mukhtar Abbas Naqvi concluded.