Sunny Deol was welcomed to the party by senior BJP leaders like Nirmala Sitharaman, Piyush Goel, Captain Abhimanyu and others. 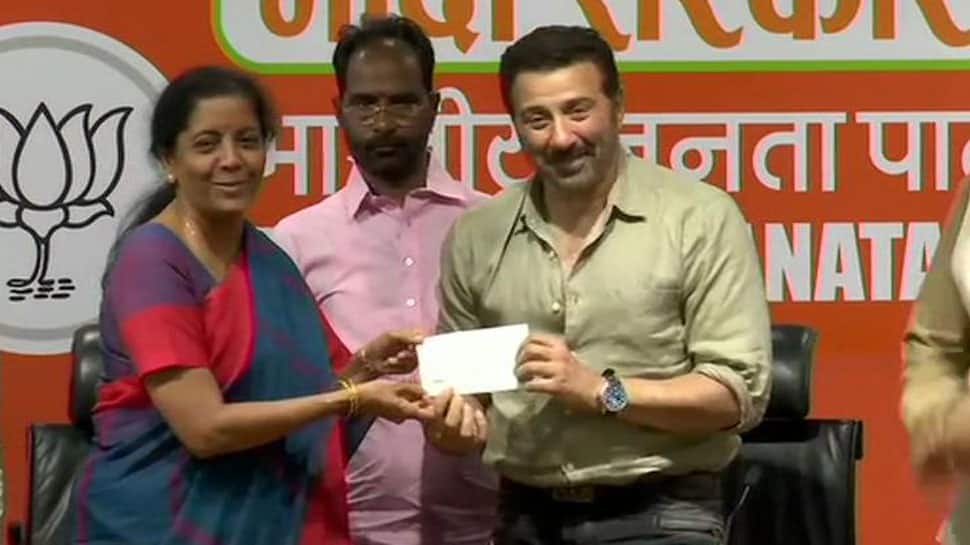 New Delhi: Actor Sunny Deol has forayed into politics and on Tuesday, he joined the Bharatiya Janata Party (BJP). He is likely to contest the Lok Sabha election 2019 from Gurdaspur, Punjab.

Deol was welcomed to the party by senior BJP leaders like Nirmala Sitharaman, Piyush Goel, Captain Abhimanyu and others.

Addressing the media, Deol said, "I am here today to work with and support Modi ji. My work will do the talking."

Sunny Deol after joining BJP: The way my Papa worked with and supported Atal ji, I am here today to work with and support Modi ji. My work will do the talking. pic.twitter.com/JyAKFcG4Rn

Yogesh Gogawale, BJP district president, Pune, had confirmed that the meeting between the two was scheduled. "It was a scheduled meeting. Amit Shah came to Baramati as per the scheduled programme. When he was at the airport, Sunny Deol was also there. He met Amit Shah for five minutes," he told news agency ANI.

It may be recalled that Sunny Deol's father and veteran actor Dharmendra has previously served as a BJP MP from Bikaner in Rajasthan. Also, Dharmendra's wife Hema Malini is a BJP MP from Mathura.

All 10 seats of Punjab will go to polls in the last phase on May 19. The results will be announced on May 23.

Need a PM in India, will go to Nepal if I have to look for a Chowkidar: Hardik Patel