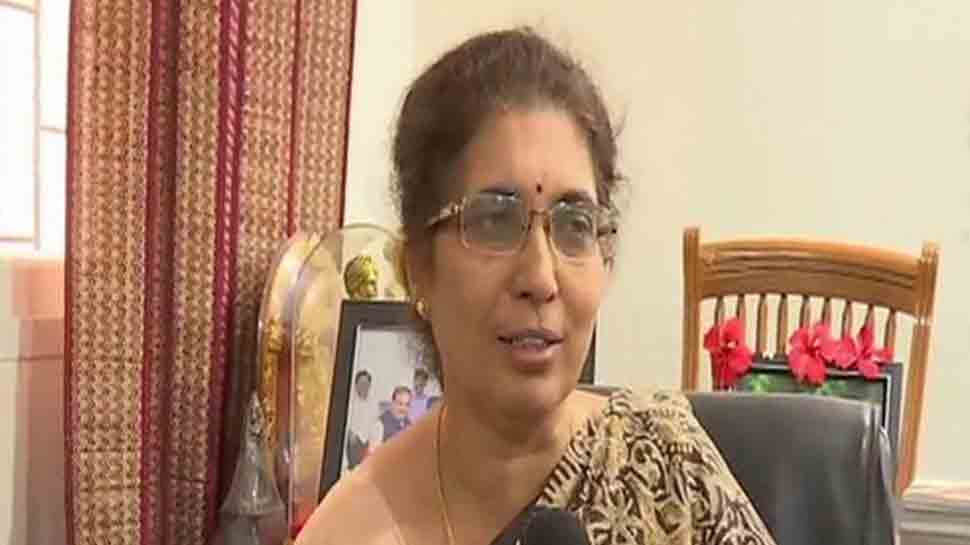 New Delhi: Tejashwini, wife of late Union Minister Ananth Kumar was on Tuesday appointed the vice-president of the Bharatiya Janata Party (BJP). The development comes less than a week after Tejashwini was denied a Lok Sabha ticket by the party from south Bengaluru parliamentary constituency, a seat which was represented by her husband Ananth Kumar since 1996.

Ananth Kumar passed away in November 2018 after battling with pancreatic cancer.

BJP Karnataka president BS Yeddyurappa announced the news on his Twitter handle today, writing, "I am very delighted to announce that Smt. @Tej_AnanthKumar has been appointed as state vice president of @BJP4Karnataka. Wishing her all the very best."

I am very delighted to announce that Smt. @Tej_AnanthKumar has been appointed as state vice president of @BJP4Karnataka.

Wishing her all the very best.

However, an official confirmation on the same remains awaited.

In March, Tejashwini had expressed her disappointment over not being given a ticket from south Bengaluru saying "she was shocked but will stand with the party's decision since the nation comes first."

BJP fielded 28-year-old Tejasvi Surya as its candidate from the seat despite the fact that late Union Minister Ananth represented the seat for almost 12 years.

"It is shocking to all of my supporters and also to me. At the same time, I have been telling them and to myself that it is very important to show that we are a party with a difference. This is the time to show our maturity and to work for the country. Let`s not think of small things and our bigger goal is nation first," Tejaswini was quoted as saying by news agency ANI.

On being asked that her supporters are not happy with the decision, she said that she has convinced them and that they will work for the party. We all want Narendra Modi as our Prime Minister again.