AAP had accused Gautam Gambhir of distributing pamphlets which showed Atishi Marlena in a deplorable manner. 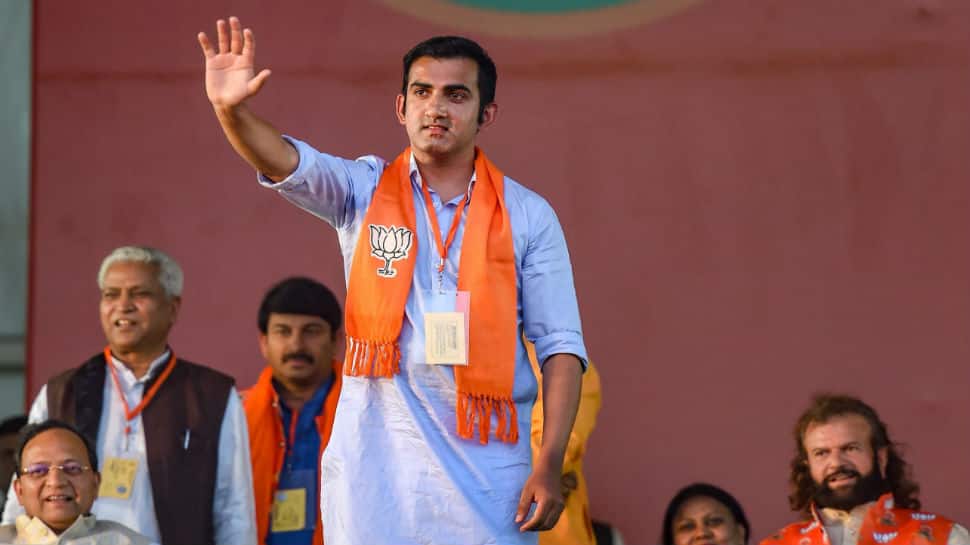 New Delhi: Gautam Gambhir took the 'man of the election' award in his political debut as he defeated Congress' Arvinder Singh Lovely and Aam Aadmi Party's Atishi Marlena from the East Delhi seat in Lok Sabha election 2019. In what was a bitterly fought contest, several allegations were made by AAP against Gambhir and he hit back hard against them on Saturday.

Speaking to members of the press, Gambhir took aim at Delhi CM Arvind Kejriwal and accused him of stooping to deplorable lows in a bid to win from East Delhi seat. "I want to tell the CM that elections will come and go but the day you lose your principles and ideals, you will lose everything," the cricketer-turned-politician said. "If you level such a deplorable allegation just to win one seat then I have nothing much more to say to you."

The allegation Gambhir was referring to was the one made by AAP in which the party alleged the BJP candidate had distributed pamphlets which maligned Atishi and outraged her modesty. Atishi had complained to the National Commission for Women against Gambhir although it was not clear who had distributed the handful of pamphlets. Previously, Atishi had also charged Gambhir of having two electoral IDs.

Both charges were denied by Gambhir repeatedly as he termed it negative campaigning against the positive message BJP was trying to spread. "I believe in PM Narendra Modi's leadership, his vision and in his work. I hope to work with as much dedication as he has. Negative politics and views do not concern me," he had said previously.

Gambhir cruised to a comfortable win from East Delhi seat as BJP whitewashed Delhi. AAP finished behind Congress which has now raised questions on their prospects in assembly election scheduled here in 2020.