Ram Bhuwal Nishad -- the SP candidate from Gorakhpur, the seat once held by Uttar Pradesh Chief Minister Yogi Adityanath -- is also from the Nishad community. 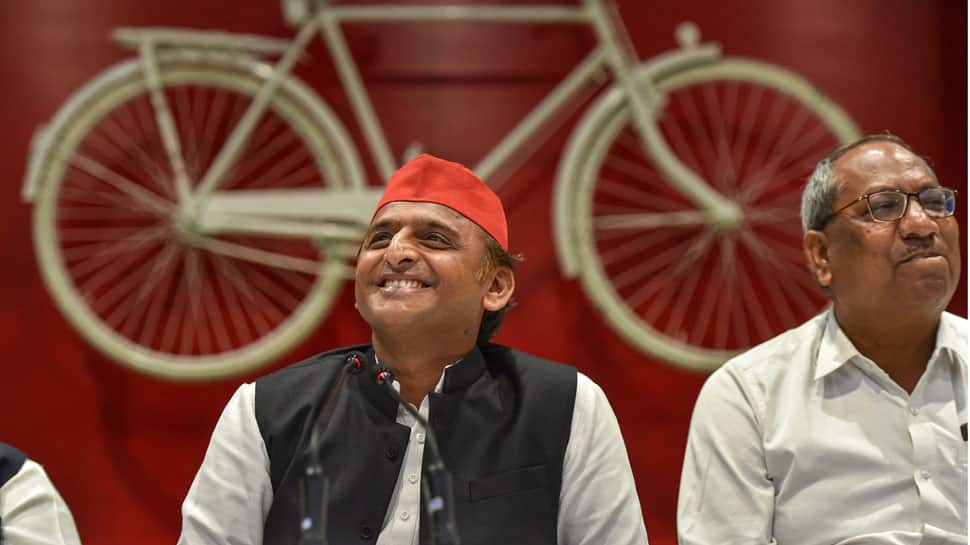 Gorakhpur: A day after the Nishad Party quit the SP-BSP-RLD alliance in Uttar Pradesh, the Samajwadi Party on Saturday named its own candidate for the prestigious Gorakhpur Lok Sabha seat, dropping sitting MP Pravin Nishad.

Ram Bhuwal Nishad -- the SP candidate from Gorakhpur, the seat once held by Uttar Pradesh Chief Minister Yogi Adityanath -- is also from the Nishad community.

The Nirbal Indian Shoshit Hamara Aam Dal, commonly known as the Nishad Party, is headed by Sanjay Nishad, father of Pravin Nishad who had won the Gorakhpur parliamentary seat on an SP ticket in the 2018 bypolls. Gorakhpur was considered a bastion of the BJP.

Ram Bhuwal Nishad Saturday claimed that Sanjay Nishad walked out of the alliance as he was given money by the BJP, a charge denied by Praveen Nishad.

Apart from Ram Bhuwal Nishad, the SP announced its candidate for Kanpur, Ram Kumar, who is also from the Nishad community and the brother of former Unnao MP Deepak Kumar. It changed its Moradabad candidate, Nasir Qureshi, replacing him with ST Hasan.

Attacking Sanjay Nishad for walking out of the SP-BSP-RLD alliance, Ram Bhuwal Nishad said: "Sanjay Nishad switched sides as he was allegedly given money by the BJP. He is a cheater and does not fight for dignity of the community."

He also claimed that their demand to grant reservation to the Nishad community under Scheduled Castes category had been accepted by the state government.

It was only four days ago on Tuesday that the Nishad Party had joined the alliance and it was believed that Pravin Nishad would be fielded from the seat once again.

The party, however, sprang a surprise by leaving the anti-BJP alliance. "There was a conflict between the two parties on Maharajganj seat as the Nishad Party wanted to contest with its own party symbol, whereas the Samajwadi Party was not ready for it," a Nishad Party leader had said.