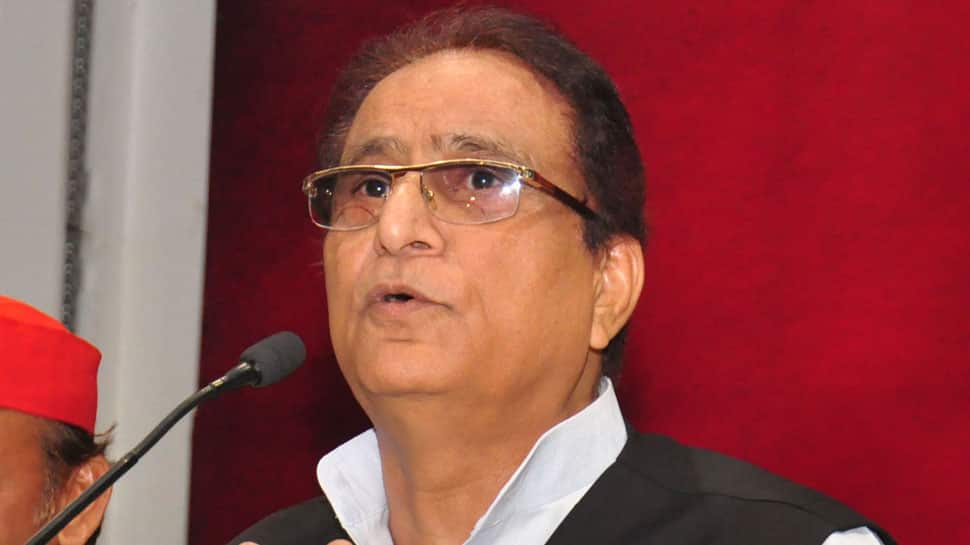 New Delhi: The BJP on Saturday slammed Samajwadi Party (SP) leader Azam Khan for his controversial "Bajrang Ali " remark, accusing him of trying to flare up communal tension and asking him mind his language.

"With his 'Bajrang Ali' comment, he has insulted both Hinduism and Islam. The only suggestion I have for him is 'zuban sambhal ke' (mind your language). Both Akhilesh Yadav and Mulayam Singh Yadav have been taught lessons for his comments in the past," he said at a press conference.

"The fear of defeat in their (opposition's) language is very much visible. All they serve to the country is lies," he added.

Khan waded into a controversy Friday, saying "in place of Ali and Bajrangbali, it should be Bajrang Ali. Bajrang Ali todd day dushman ki neli (Bajrang Ali will destroy our enemies' bones)."

Khan made the remark after Uttar Pradesh Chief Minister Yogi Adityanath compared the Lok Sabha elections to a contest between ?Ali', a revered figure in Islam, and Bajrang Bali, the Hindu god Hanuman, during a rally in Meerut recently.

Finding the chief minister guilty of violating the model code of conduct, the Election Commission served a show cause notice on him.

Hussain also attacked National Conference leader Farooq Abdullah for his comments that the BJP is "beating drums in the name of Balakot airstrikes".

"Congress ally Farooq Abdullah is making anti-national statements again and Rahul Gandhi should clarify whether his party supports these statements or not," he said.