Almora is one of five parliamentary constituencies in the northern state of Uttarakhand. 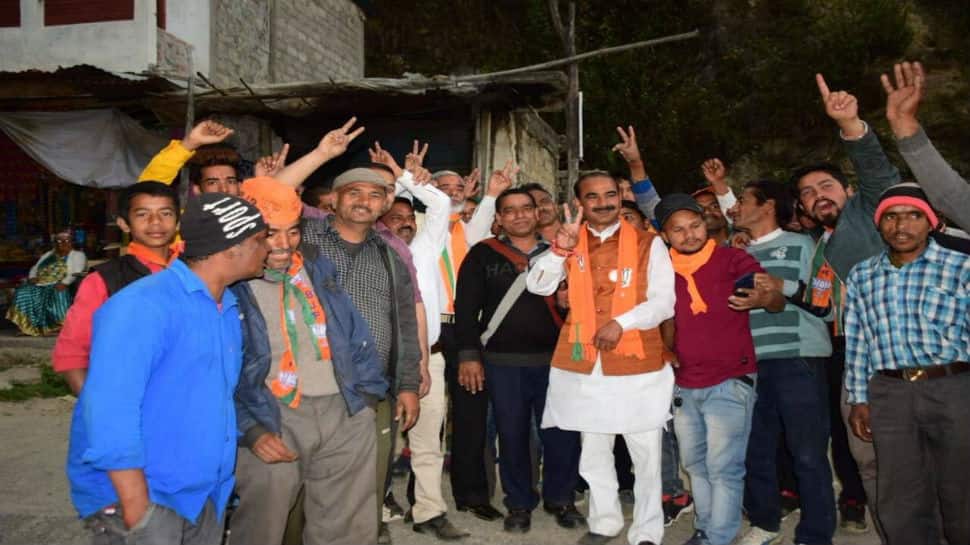 Ajay Tamta is the BJP candidate from Almora. (Photo: Twitter/@AjayTamtaBJP)
Share:
Written By:

Almora is one of five parliamentary constituencies in the northern state of Uttarakhand.

Almora constituency is made up of 14 assembly segments in four districts - Almora, Bageshwar, Champawat and Pitoragarh. It has been reserved for candidates belonging to Scheduled Caste since 2009.

The first phase of voting in five constituencies of Uttarakhand ended on April 11 with at least 49 per cent of the electorate exercising their franchise in Almora Lok Sabha constituency. The fate of six candidates will be decided on May 23 when counting of votes takes place and the result is declared.

Ajay Tamta has been the face of BJP in the Almora Lok Sabha constituency and is contesting from here once again. In 2014, he had managed to upstage Congress' Pradeep Tamta by close to one lakh votes in what was considered a solid performance. The voter turnout figure of 52.41 per cent was not the most encouraging but it was even lesser - at 45.47 per cent - in 2009.

In the 2009 edition of Lok Sabha election, the result had been the opposite with Pradeep Tamta defeating Ajay Tamta. The win for the Conrgess candidate, however, was by a rather close margin of seven thousand votes.

Both BJP and Congress have been equally powerful in the state of Uttarakhand  - at different time intervals. Almora is no different with power being exchanged here from time to time. Over 13 lakh voters will decide if 2019 will see the breaking of this trend.