AAP and Congress leaders have sought to form an alliance but have also indulged in blaming each other over lack of consensus on a seat-sharing arrangement. 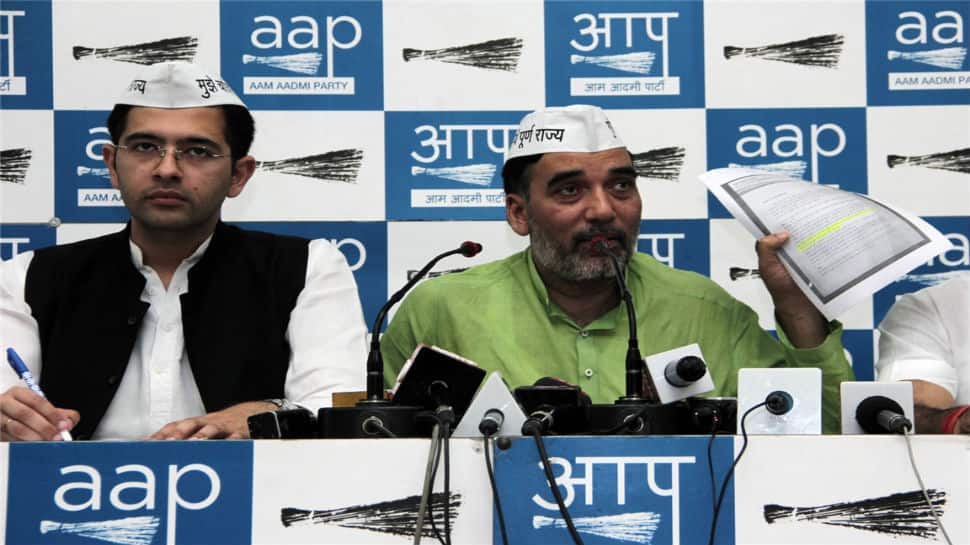 New Delhi: The AAP on Tuesday said its Lok Sabha candidates would file their nominations from Thursday even as uncertainty remained over a possible alliance between the ruling party in Delhi and the Congress.

He said before filing of nominations, a road show would be taken out by all the candidates and senior party leaders would also participate in it.

Amid continuing blame game over seat-sharing in Delhi, Rahul Gandhi and AAP Chief Arvind Kejriwal Monday engaged in a public spat, with the Congress president accusing the AAP of making a 'U-turn' over alliance talks prompting the Delhi chief minister to hit back at him.

The Congress chief had said while the doors of his party are open, time is running out, but Kejriwal slammed him, questioning what U-turn was he talking about as the talks were still on.

The Congress has offered the AAP 4:3 seat-sharing formula - four Lok Sabha seats for the ruling party and three seats for itself while the AAP has proposed 5:2 ration keeping five seats for itself and two for the grand old party.

The arrangement has been arrived at on basis of the vote share of both parties in 2017 civic polls here.

The Congress has accused the Kejriwal-led outfit of backing out from its commitment, as it is demanding seats in Goa, Haryana, Punjab and Chandigarh, besides Delhi for a pre-poll understanding with the Congress.