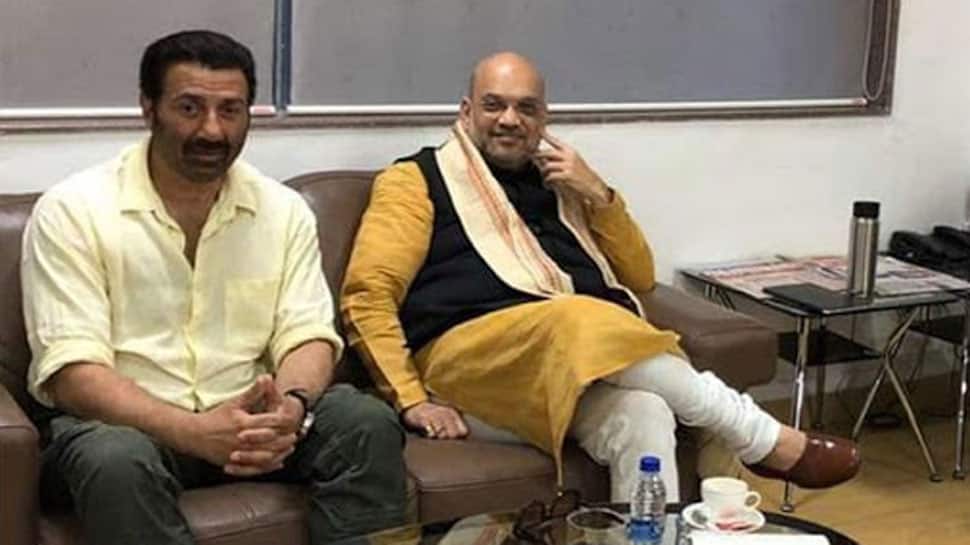 PUNE: With electioneering at its peak, the political parties and their top leadership is doing everything possible to woo voters and ensure the success of their party or the formation they are part of.

Such an attempt was possibly made by the BJP when its national president Amit Sah met popular Bollywood actor Sunny Deol in Maharashtra's Pune on Friday evening.

According to ANI, the  BJP president met Sunny Deol at Pune Airport lounge on Friday evening. The meeting lasted for 5 minutes, it said.

It is not clear whether it was a casual meeting between the two or Shah met Deol seeking his support for the party. Nonetheless, the meeting triggered intense speculations that the BJP might be eying Deol.

Sunny Deol, who is known for films like 'Ghayal' and 'Border' and has been a popular Bollywood action hero, is the son of veteran actor Dharmendra.

A picture of the Amit Shah meeting Sunny Deol was first shared on the social media by BJP leader Tarun Rathi on Twitter.

Had a great discussion on 2019 Lok Sabha elections. #BharatMangeModiDobara pic.twitter.com/FDXeZTgl5Q

The picture soon went viral triggering speculations that party may field Sunny Deol as its candidate from some BJP stronghold in Punjab for the 2019 Lok Sabha polls.

Sunny's step-mother and yesteryear's actress Hema Malini is the incumbent BJP Member of Parliament from Mathura Lok Sabha constituency and is contesting the parliamentary elections from here this time too.

However, there is no official confirmation whether the party is mulling to project Sunny Deol as its candidate for the 2019 Lok Sabha polls.

Sunny Deol eventually entering politics as a BJP candidate will not come as a surprise as many popular Bollywood stars including Amitabh Bachchan, Hema Malini, Jaya Bachchan, Shatrughan  Sinha, Raj Babbar and many others have earlier entered politics.