The Lok Sabha polls are scheduled to be conducted in seven phases from April 11 to May 19. 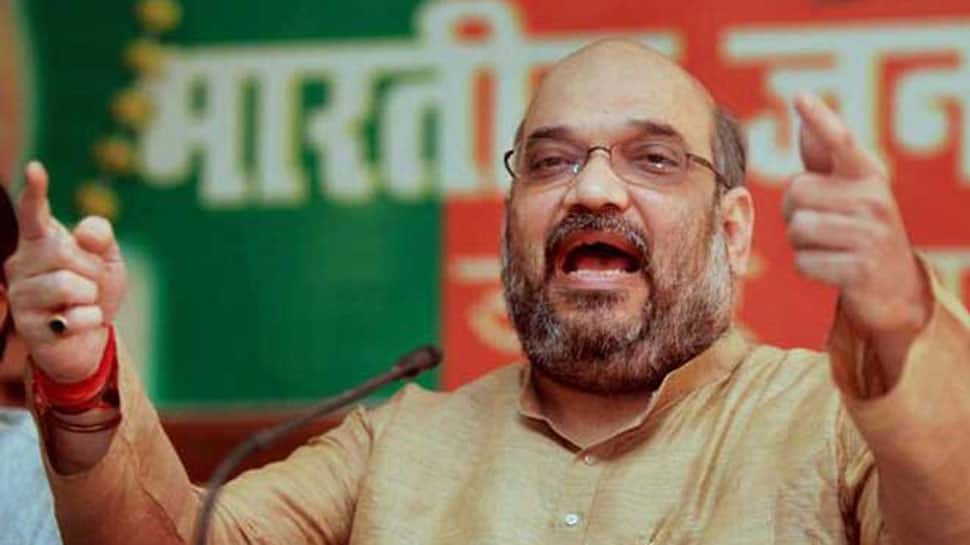 New Delhi: BJP President Amit Shah on Monday paid a visit to senior party leaders Lal Krishna Advani and Murli Manohar Joshi at their residences in the capital, setting off speculations in the power capital.

The visit assumes significance in the wake of recent political developments.

Both the leaders have not been fielded by the party in the ensuing Lok Sabha polls. Both the leaders were also conspicuous in their absence at the BJP`s manifesto release event Party president Amit Shah is contesting from Gandhinagar Lok Sabha seat this time, a seat which Advani won six times.

Murli Manohar Joshi too has been replaced by Satyadev Pachauri to contest from Kanpur.

"The party has been committed to freedom of choice of every citizen at personal as well as political level," the BJP stalwart had said in his recent blog titled `Nation First, Party Next, Self Last`.

The statements were seen as a veiled dig at the current leadership of the BJP.

Several leaders from the opposition parties began to use Advani`s statement to target the top BJP leadership including Prime Minister Narendra Modi.

However, Prime Minister Narendra Modi commenting on the blog by the senior party leader tweeted, "Advani Ji perfectly sums up the true essence of BJP, most notably the guiding Mantra of `Nation First, Party Next, Self Last.` Proud to be a BJP Karyakarta and proud that greats like LK Advani Ji have strengthened it."

The Lok Sabha polls are scheduled to be conducted in seven phases from April 11 to May 19.

The results will be announced on May 23.

PM Modi to campaign for Lok Sabha election in Maharashtra, Karnataka and Tamil Nadu on Tuesday