The Chandrababu Naidu-led Andhra Pradesh government since long has been demanding implementation of special category status for the state. 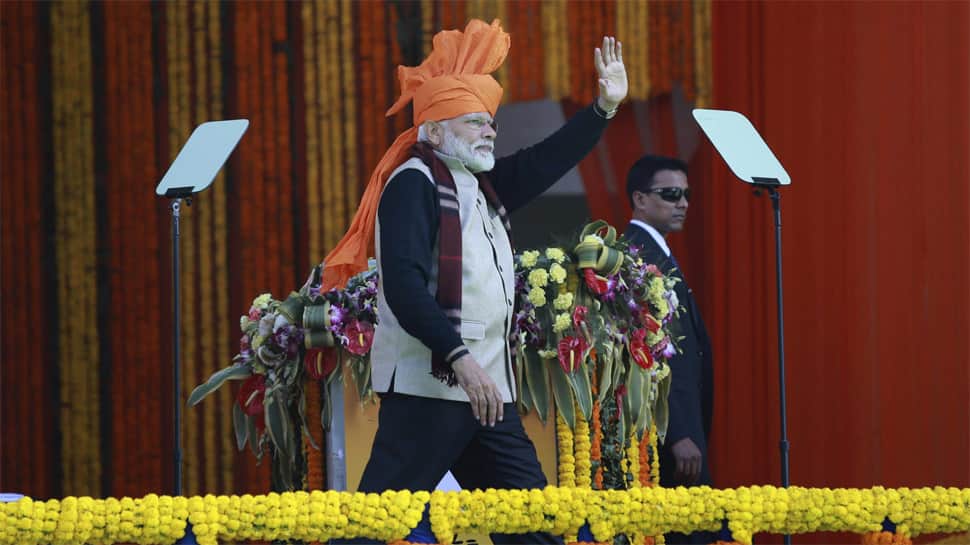 Anti-Modi posters emerged across Andhra Pradesh ahead of Prime Minister Narendra Modi's visit to the state on Sunday. Some of the posters had slogans of  'No More Modi' 'Modi Is A Mistake', 'Modi Never Again', among others. It has not yet been ascertained who has put up the posters.

Andhra Pradesh Chief Minister Chandrababu Naidu has called the Prime Minister's visit a 'dark day' and asked party workers to hold Gandhian protests during the visit to the state. While speaking to his party leaders through a teleconference, Naidu said: "Tomorrow is a dark day. Prime Minister Modi is coming to witness the injustice that was done to Andhra Pradesh by him. Modi is weakening the states and constitutional institutions. PMO's intervention in Rafale is disrespect to the nation. We will do peaceful Gandhian protests with yellow and black shirts and balloons."

The Chandrababu Naidu-led Andhra Pradesh government since long has been demanding implementation of special category status for the state.

Congress and left parties are also planning protests against the PM's visit. They have announced that they will be protesting across the state with empty vessels.

During his visit, the PM will address a public meeting titled 'Praja Chaitanya Sabha' at Etukuru bypass road near Guntur city on February 10. To boost energy security of the country, he will dedicate to the nation 1.33 MMT Visakhapatnam Strategic Petroleum Reserve (SPR) facility of the Indian Strategic Petroleum Reserve Limited (ISPRL). He will also inaugurate ONGC’s Vashishta and S1 development project located in the Krishna-Godavari (KG) Offshore Basin and lay the foundation stone for setting up a new terminal of Bharat Petroleum Corporation Limited (BPCL) at Krishnapatnam.

Rahul Gandhi agrees alliance with TMC would be a disaster for party in polls: Congress WB chief