In a blog on social media, Facebook, he slammed the party of only giving the people slogans and very little resources to implement them. 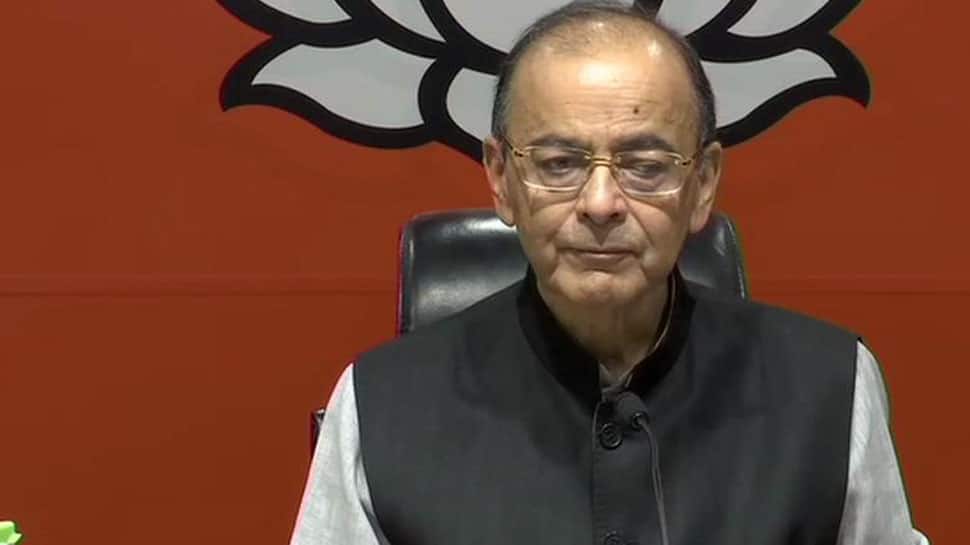 Union Finance Minister Arun Jaitley on Monday launched a scathing attack on Congress alleging that Rahul Gandhi's announcement of income scheme for the poor is a bluff and the party has been betraying the nation for more than seven decades.

The Congress chief announced that the party will give a yearly sum of Rs 72,000 to 20 per cent of the poorest if the party is voted to power in the upcoming Lok Sabha election. "Congress party promises that India's 20%, most poor families will get yearly 72,000 rupees in their bank accounts under minimum basic income guarantee scheme," said Rahul.

In a blog on social media, Facebook, he slammed the party of only giving the people slogans and very little resources to implement them.

He said that Rahul's announcement is an admission of the fact that the UPA government was not able to remove poverty.

Jaitley also took a jibe at former prime minister Indira Gandhi and her son former prime minister Rajiv Gandhi saying that the party and the Gandhi family, "since ‘Garibi Hatao’ slogan was given, has ruled India for more than two-thirds of that period". "If it has failed to even address poverty during this period, why should India believe it?"

Jaitley said that in 1971, Indira gave her legendary slogan ‘Garibi Hatao’ but her economics was not about increasing production and generating wealth but only about redistribution of poverty. "She supplemented her 1971 slogan while promising in election after election, the welfare of the largest number," added the BJP leader.

"Rajiv Gandhi had a historic opportunity to remove poverty. Initially, he showed a desire to do so. But his Government got caught in unsavoury controversies preventing any significant and major changes," further added Jaitley.

He jibed that despite being in power for two-thirds of the last 48 years, the Congress party couldn't tackle poverty.

He added that the UPA government, between 2004-2014, conferred a large number of ‘rights’ without resources to implement them.

"The legendary bank loan waiver was announced at Rs 70,000 crore--a one-time measure. Of this only Rs 52,000 crore was actually allocated, a significant part of which went to the businessmen of New Delhi. The MNREGA was a rural scheme where Rs 40,000 crore used to be promised every year and the actual spent was in the nature of Rs 28,000 to Rs 30,000 crore," added Jaitley.

He clarified that the Narendra Modi-led government introduced the Direct Benefit Transfer (DBT) through the banking system. Besides subsidies for food, fertilizer, kerosene, 55 Ministries handed over subsidies to the poor through the DBT which was enabled by AADHAAR.

Calling the loan waiver of the Congress as a bluff, Jaitley said, "The Congress in Punjab, Madhya Pradesh, Chhattisgarh, Rajasthan and Karnataka promised a loan waiver. In most places, the promise remains unfulfilled. The party, thus, has a long legacy of slogans with no resources. It has a history of bluff announcements. Karnataka so far has spent only Rs 2,600 crore, Madhya Pradesh Rs 3,000 crore and Punjab Rs 5,500 crore."

Jaitley concluded saying that "if the Congress' announcement is tested on simple arithmetic, Rs 72,000 for five crore families works out to be Rs 3.6 lakh crore, which is less than 2/3rd of what is being given - A bluff announcement".