Chavan said that the party's massive defeat in the 2019 Lok Sabha polls was a "collective responsibility" and not that of party chief Rahul Gandhi alone. 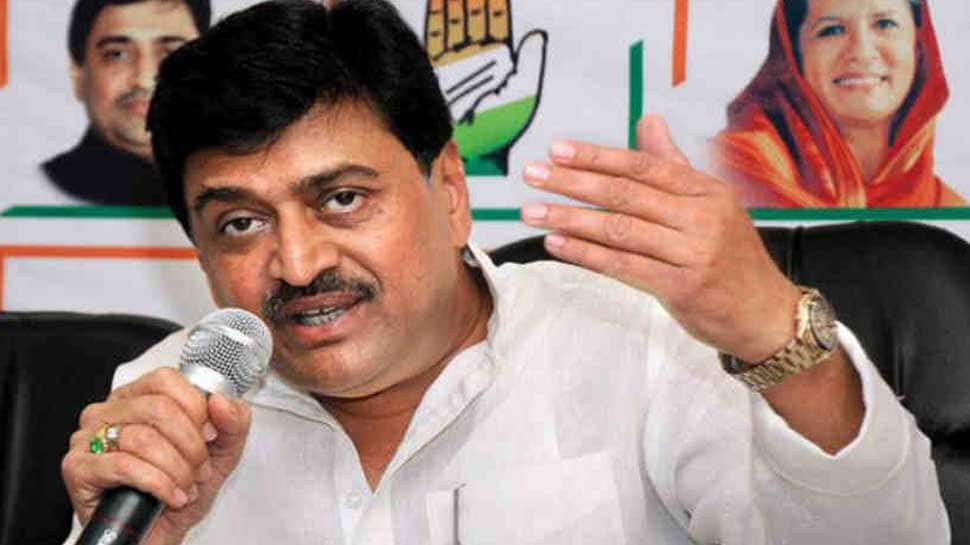 MUMBAI: Senior Congress leader Ashok Chavan on Saturday offered to resign as the Maharashtra state unit chief of the AICC taking moral responsibility for the party's defeat in the state during the 2019 Lok Sabha election.

The MPCC chief said that the party's massive defeat in the 2019 Lok Sabha polls was a "collective responsibility" and not that of party chief Rahul Gandhi alone.

Chavan said that Rahul Gandhi is an ''extremely hard working person'' and there is ''no need for him to quit as AICC president.''

Chavan, who himself lost from Nanded Lok Sabha seat to BJP's Pratap Chiklikar, said, "The campaign was a collective responsibility. Rahul Gandhi worked hard and led from the front. There is no need for him to resign.''

Instead, Chavan called for ''mass resignation'' of all state Congress leaders for their failure to ensure victory for the party in their respective states.

''All senior leaders in states who hold positions in the state units should quit so that a new team can take over. My colleagues and I are ready to resign due to the poor show of the Congress in Maharashtra," Chavan told reporters.

The Congress was reduced to just one seat in Maharashtra, with Suresh Dhanorkar winning from Chandrapur.

The state has 48 Lok Sabha seats, the highest after Uttar Pradesh's 80.

"There is no dissension in the party. Everyone was taken into confidence while taking decisions regarding the elections. We will act against those responsible for anti-party activities. A report has been sought," Chavan added.

Chavan admitted that the Prakash Ambedkar-led Vanchit Bahujan Agadhi (VBA), which has the AIMIM as a constituent, had cost the Congress-NCP alliance "nine to ten seats".

Chavan called the VBA the "B team of the BJP".

Chavan, however, expressed confidence that Assembly polls, scheduled in the state later this year, would be a different story and the Congress would do well.

Meanwhile, the party's highest decision-making body, the Congress Working Committee, met in Delhi on Saturday to review the party's drubbing in the Lok Sabha polls.

The CWC unanimously rejected Rahul Gandhi's offer to resign and authorised him to take initiate structural and organisational changes to further strengthen the party.