Gautam Gambhir has been named as the BJP candidate from the East Delhi Lok Sabha constituency. 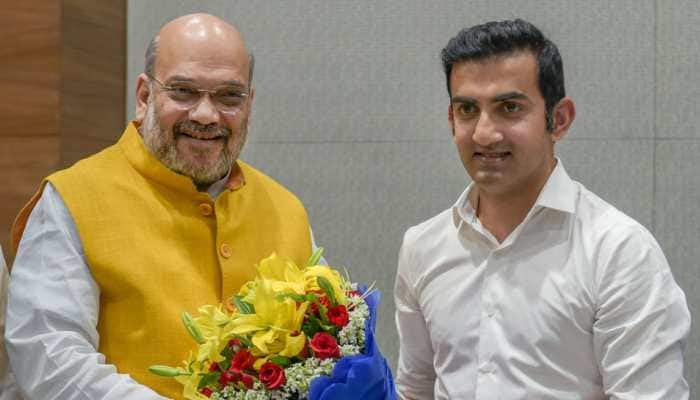 New Delhi: Cricketer-turned-politician Gautam Gambhir held a roadshow in Delhi on Tuesday ahead of filing his nomination. He has been named as the Bharatiya Janata Party (BJP) candidate from East Delhi Lok Sabha constituency.

Interacting with the press during his first roadshow, Gambhir said that he wants to take Prime Minister Narendra Modi's legacy forward.

#Delhi: BJP MP candidate from East Delhi, Gautam Gambhir holds roadshow ahead of filling his nomination, says, "I really want to contribute something to the country & whatever our PM has done in the last 5 years, I want to take that legacy forward." pic.twitter.com/eiGz9mcLCd

"I really want to contribute something to the country and whatever our PM has done in the last five years, I want to take that legacy forward," the former cricketer was quoted by news agency ANI as saying.

Gambhir has replaced Maheish Girri as the party's candidate and will fight against Arvinder Singh Lovely of the Congress and Atishi Marlena of the Aam Aadmi Party (AAP).

Gambir, 37, hails from Rajinder Nagar. He had campaigned for Arun Jaitley in Amritsar during the 2014 Lok Sabha election. Since then, he has been vehemently supporting the saffron party.