Azam Khan's son plays Muslim card, says 'EC banned his father because he is a Muslim'

Abdullah Azam Khan claimed that the poll panel did not follow a rightful procedure before banning his father from campaigning in the run-up to polls in the region. 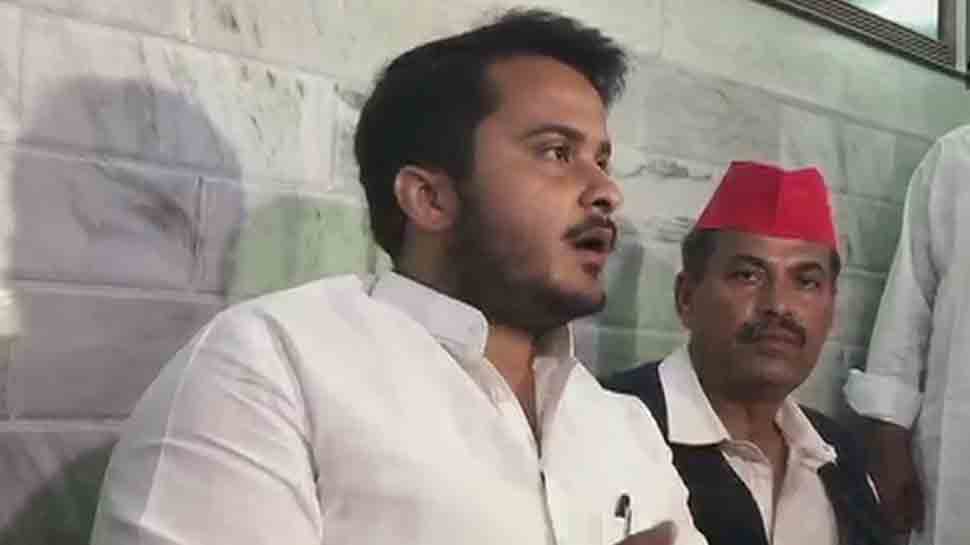 New Delhi: Almost a day after Samajwadi Party senior leader Azam Khan was slapped with a campaign ban by the Election Commission and an FIR by the Uttar Pradesh Police against his derogatory speech on BJP leader Jaya Prada, his son and SP leader Abdullah Azam Khan played the Muslim card and asked if he was banned by the poll panel because of his religion.

Abdullah Azam Khan claimed that the poll panel did not follow a rightful procedure before banning his father from campaigning in the run-up to polls in the region. He further alleged that no notice was given to his father before barring him from campaigning for 3  days, starting on Tuesday.

"Did you ban him from election campaigning because he is a Muslim?" he asked, adding that the Opposition parties cannot stifle their voice. "The more you attack us, the harder we will work for our state," he added.

SP leader Abdullah Azam Khan (son of SP leader Azam Khan): You banned him from election campaigning only because he is a Muslim? No notice was given before imposition of ban, rightful procedure was not followed. pic.twitter.com/drpu1zr3SV

On April 15, while addressing a rally in Rampur in Uttar Pradesh, Azam, without naming actor-turned-politician Jaya Prada in his speech, took a controversial sexist jibe at her. His controversial remarks kicked up a political storm with National Commission for Women serving a show cause notice to him. The NCW said that Azam's remarks were 'extremely derogatory, offensive, unethical and show disrespect towards the dignity of women'.

During the last Lok Sabha elections in 2014, the EC had imposed a ban on Khan from campaigning in Uttar Pradesh for his provocative speeches and had also lodged an FIR against him.