Balakot airstrike not a revenge for Pulwama attack: Arun Jaitley

Jaitley came down heavily on the opposition parties and said that they were speaking in the same language as Pakistan Prime Minister Imran Khan. 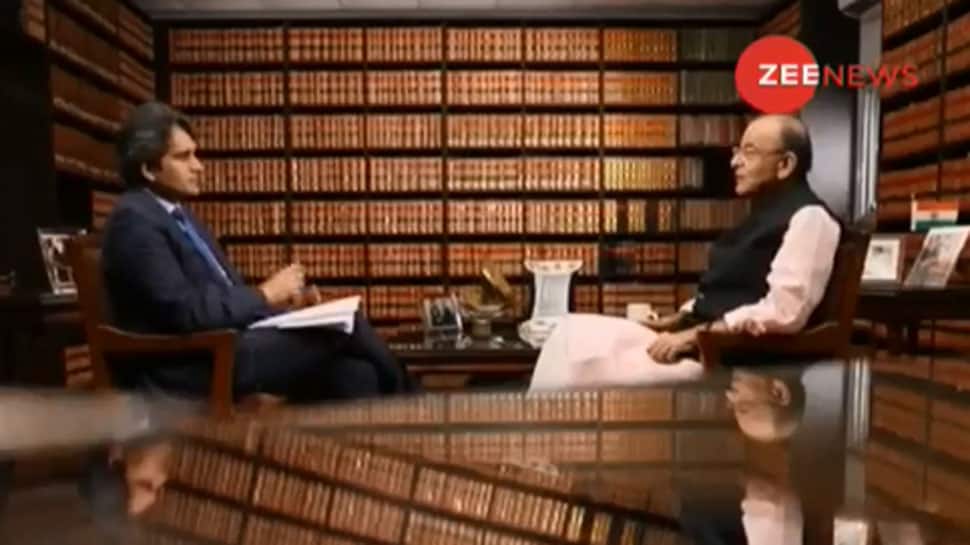 New Delhi: In a major revelation, Finance Minister Arun Jaitley on Tuesday said that the Indian Air Force-conducted airstrike in Pakistan's Balakot would have taken place even without Pulwama terror attack as the Centre had intelligence reports of big terror camps with hundreds of terrorists being trained.

"Pulwama attackers and masterminds were liquidated by our forces and the Army. Balakot air strike would have taken place even without Pulwama as there were intelligence reports of big terror camps with hundreds of terrorists being trained. The strike would have been carried out to kill them. We could not have been idle and waited for the terrorists to come here and then kill them," Jaitley said in an interview to Zee News Editor-in-Chief Sudhir Chaudhary.

He added that at a time when the entire nation should have been unified, as many as 29 opposition parties raised questions on the aerial operation against the Pakistan-based Jaish-e-Mohammad terror group which had carried out the attack on the Central Reserve Police Force (CRPF) convoy in Jammu and Kashmir's Pulwama in which at least 40 soldiers were killed. The Finance Minister slammed them saying that the opposition demanded evidence of the strike, accusing PM Modi of seeking political mileage ahead of the Lok Sabha election.

Calling the September 2016 surgical strike and the IAF air raids as two major turning points, Jaitley came down heavily on the opposition and said that they were speaking in the same language as that of Pakistan Prime Minister Imran Khan.

"Where we should have been united on the Balakot air strike, 29 opposition parties raised doubts about the air raid. They demanded proof and even alleged that Narendra Modi allowed Pulwama for political gains during Lok Sabha election. They were speaking in the same language as the Pakistani Prime Minister Imran Khan. The fools (opposition leaders) here have played into the hands of Pakistan," he fumed.

Jaitley added: "They (Pakistan) have been sending terrorists across the LoC and we were talking about the sanctity of LoC for the last several years. Now we will not be on the back foot but play the game on front foot and target terrorists at the origin point".