Sadhvi Pragya was banned by the poll panel for her comments against late IPS officer Hemant Karkare on her role in the demolition of the Babri Masjid. 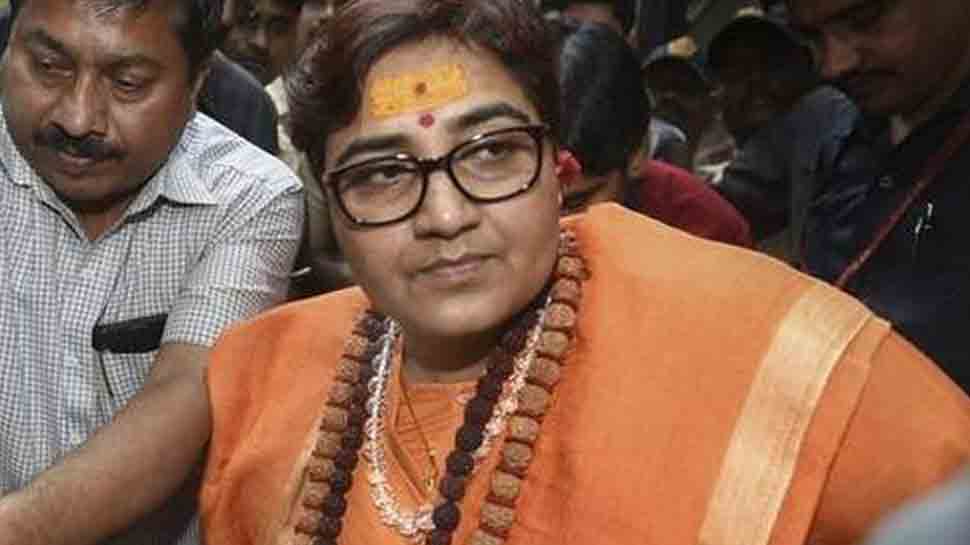 New Delhi: BJP's Bhopal candidate Sadhvi Pragya Singh Thakur, who has been barred by the Election Commission of India from poll campaigning for 72 hours starting Thursday, plans to spend her day visiting temples.

A report stated that Sadhvi met people at her Rivera Town residence on Thursday morning. She will be visiting the 'Curfew Wali Mata Mandir' in Bhopal shortly.

Sadhvi Pragya was banned by the poll panel for her comments against late IPS officer Hemant Karkare and for commenting on her role in the demolition of the Babri Masjid. She had stated at a rally in Bhopal on April 18 that she is proud of the Babri Masjid demolition and that the IPS officer was killed in 2008 Mumbai attacks because she had cursed him. These remarks were found in violation of the Model Code of Conduct (MCC).

And though she issued an apology for her statement against the slain IPS officer later, the Election Commission served her a show-cause notice.

She was also served a third notice from the Election Commission after she referred Digvijaya Singh a 'terrorist'. During an election campaign in Madhya Pradesh's Sehore, Thakur had allegedly said that a Sanyasi (ascetic) is needed to eliminate a 'terrorist'. The EC asked for a comprehensive report from the Collector on her statements.

Sadhvi Pragya, an accused in the 2008 Malegaon blast case, has been in the eye of a storm ever since BJP fielded her from Bhopal Lok Sabha constituency against Congress veteran and former Madhya Pradesh Chief Minister Digvijaya Singh.