Senior Congress leader Digvijaya Singh was left embarrassed at his rally in Bhopal on Monday. 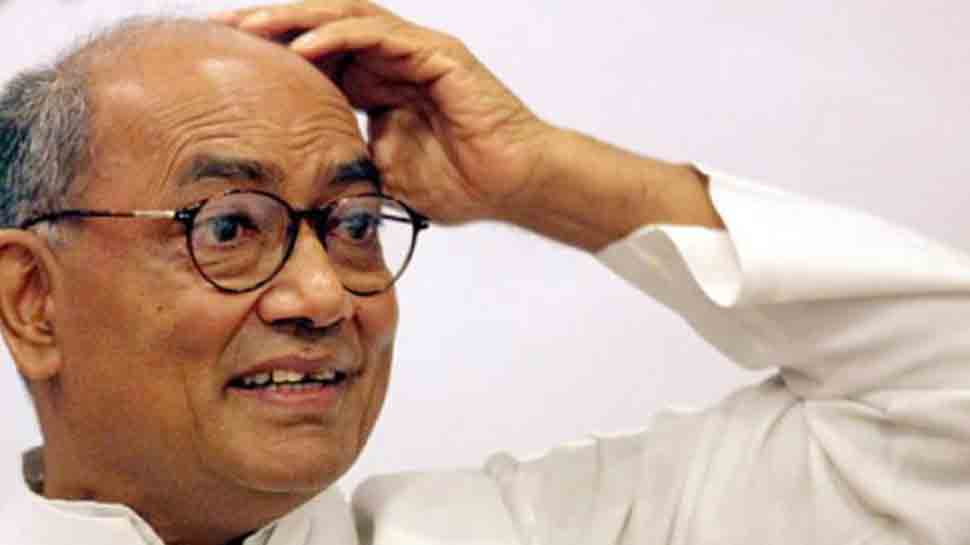 New Delhi: Senior Congress leader Digvijaya Singh, who is contesting the Lok Sabha election from Bhopal constituency, faced an embarrassing moment during his rally on Monday after a youth walked up to the stage and began hailing Prime Minister Narendra Modi for airstrikes against terrorists in Pakistan.

The youth was immediately interrupted and pushed away from the stage by other Congress leaders present there. A video of the interaction is trending on the internet and has received some hilarious reactions from all over.

Digvijaya was addressing the gathering at Eintkhedi area in Bhopal today when he attacked PM Modi for not fulfilling his poll promises of bringing back the black money stashed abroad and depositing Rs 15 lakh in every citizen's bank account.

When Digvijaya asked the crowd if they have received the promised amount, a young man raised his hand in response, following which he was immediately invited by the leader on the podium. The veteran Congress leader then asked him to share his bank account details and said that 'he will publicly felicitate him if he proves that he has received Rs 15 lakh in his account'.

#WATCH Bhopal: Congress candidate Digvijaya Singh asks a youth in the crowd 'did you get Rs 15 lakhs in your account?' The youth walks up to the stage and says 'Modi ji did surgical strike and killed terrorists.' pic.twitter.com/FRoVhHPk5h

An embarrassed Digvijaya then reiterated his question, in an attempt to ridicule the youth, if he had received Rs 15 lakh in his account or not. By the time, other Congress leaders, present there, stepped in and pushed the man off from the dais.

Digvijaya is contesting the Lok Sabha election against BJP leader and Malegaon accused Sadhvi Pragya Singh Thakur from Bhopal. Bhopal will go to polls on May 12 and the counting of votes will take place on May 23.