Bihar is witnessing a massive win for the Bharatiya Janata Party-led National Democratic Alliance (NDA) in Lok Sabha election 2019. The trends at 10:45 am from the state which has 40 Lok Sabha seats shows the BJP-Janata Dal United-Lok Janshakti Party leading in 37 seats with the Rashtriya Janata Dal-Congress-Rashtriya Lok Samata Party-Hindustani Awam Morcha-Vikassheel Insaan Party facing a rout. 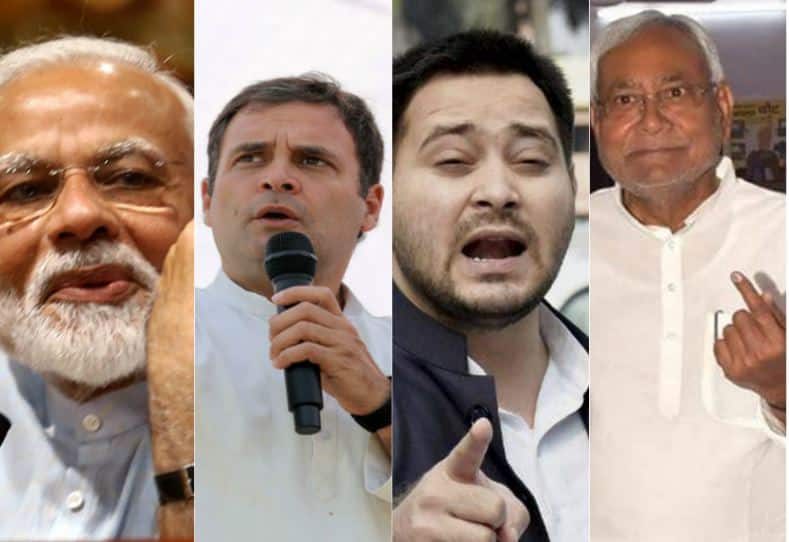 Voting in Bihar took place in all the seven phases. The key contest is between BJP-led NDA and RJD-led Mahagathbandhan. All eyes will be on Patna Sahib, where two-time MP (on a BJP ticket) Shatrughan Sinha is pitted against senior BJP leader and Union Minister Ravi Shankar Prasad. This time Sinha is contesting on a Congress ticket.

Another key contest is between BJP’s Ram Kripal Yadav and RJD’s Misa Bharti, Lalu’s daughter. In 2014, Yadav had defeated Misa, who is Lalu Prasad Yadv's daughter, by 40,000 votes. In another keenly watched contest, former Lok Sabha speaker and Congress leader Meira Kumar is pitted against BJP’s Chhedi Paswan in Sasaram.