The number of seats that the BJP and its partners will contest in the eight states of the region will be declared on March 16 in New Delhi. 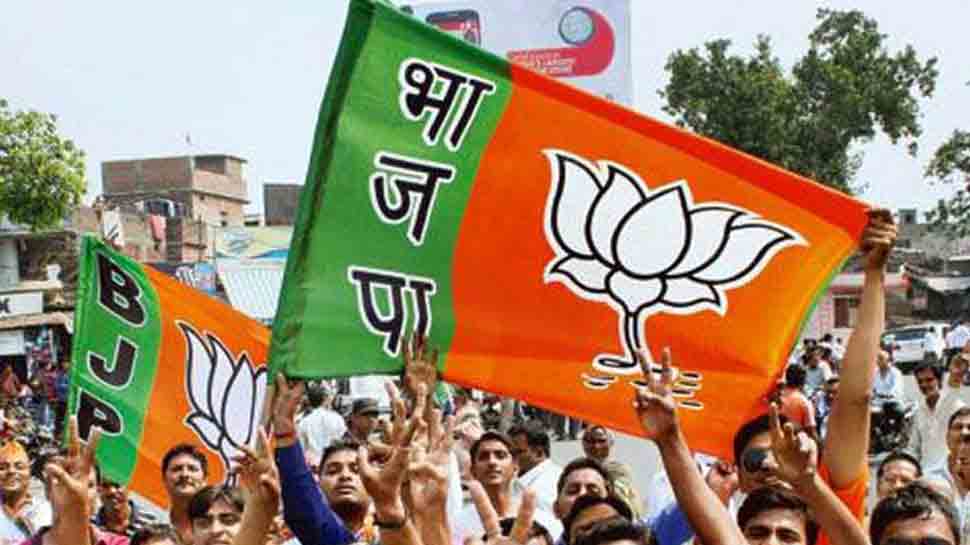 GUWAHATI: Having stolen a march on its rivals whose proposed 'Mahagathbandhan' remains amorphous, the BJP said Wednesday it has "sealed" electoral alliances with a bevy of parties in the north-east where it resurrected its ties with the AGP in Assam after an estrangement of two months.

BJP general secretary Ram Madhav, the party's pointsman for the north-east, held a string of meetings with regional satraps here and in Nagaland's Dimapur that went on well past Tuesday midnight before making the announcement on social media platforms.

The number of seats that the BJP and its partners will contest in the eight states of the region will be declared on March 16 in New Delhi, Himanta Biswa Sarma, Assam minister and convenor of the North East Democratic Alliance (NEDA), the regional avatar of the NDA, told reporters.

"This alliance has the potential of winning not less than 22 out of 25 seats in the region and play an important role in seeing Modi-ji as the PM once again," Madhav posted on Facebook.

"It was a hectic day of parleys yesterday in the North East. Sustained negotiations at Dimapur and Guwahati with different senior leaders. Have finally sealed the alliance and electoral understanding between the BJP and all major parties in the North East," he wrote in his Facebook post.

"The BJP, NPP, NDPP, AGP and BPF will fight together in Assam, Nagaland, Meghalaya, Manipur and Arunachal Pradesh with the mission of defeating Congress party at the hustings. In Tripura, the BJP will fight the elections together with IPFT, our alliance partner," Madhav said.

The BJP, which had won just seven of the 25 Lok Sabha seats in the eight states in the 2014 Lok Sabha polls, is in the ruling coalition in seven of them now.

The saffron has its chief ministers in Assam, Arunachal Pradesh, Manipur and Tripura, while its NEDA partners are in power in Meghalaya, Mizoram and Nagaland.

Pawan Chamling's SDF, however, continues to rule the roost in Sikkim where it is in power for the last five terms since 1994.

Madhav's negotiating skills were at play when he persuaded the Asom Gana Parishad (AGP), which had walked out of the NEDA remonstrating against the Citizenship (amendment) Bill brought by the Centre just two months ago, to return to the grouping amid whimpers of protest within the regional party.

"After discussion, BJP and AGP have decided to work together in the coming Parliament election in Assam to defeat Congress," Madhav tweeted early on Wednesday.

"Announced it at Guwahati in d presence of Himanta Biswa Sarma of BJP and Atul Bora and Keshav Mahanta of AGP," he wrote, adding that the Bodoland People's Front (BPF) will be the third partner in the alliance.

Their resignation letters had not been accepted even after the AGP severed its ties with NEDA. On Wednesday afternoon, Chief Minister Sarbananda Sonowal invited them to take charge of their ministries which they promptly did.

The AGP was bitterly critical of Prime Minister Narendra Modi over the citizenship bill that sought to grant Indian citizenship to various non-Muslim minorities from Bangladesh, Afghanistan and Pakistan, who fled religious persecution in their countries, after six years of residence in India even if they did not possess any documentary proof.

The AGP called it a "communal" piece of legislation aimed at settling Bangladeshi Hindus in Assam which, it claimed, was detrimental to the interests of the indigenous people.

The BJP-AGP-BPF alliance had defeated the Congress in the 2016 assembly polls, bringing to an end its unbroken stint of 15 years in power.
Madhav said the Sikkim Krantikari Morcha, the main opposition party in Sikkim, will be its coalition partner in the state.

"While the Opposition is still talking and talking about 'Mahagatbandhan' (grand alliance), we already have ours in place in the North East and the rest of the country. The NDA is a much stronger coalition today than before," Madhav's Facebook post said.