BJP is taking 75 sankalp in order to change India by 2022: Amit Shah

The BJP has crafted its "Sankalp Patra" on the theme of a "Sankalpit Bharat - Shashakt Bharat" or "determined India, empowered India". 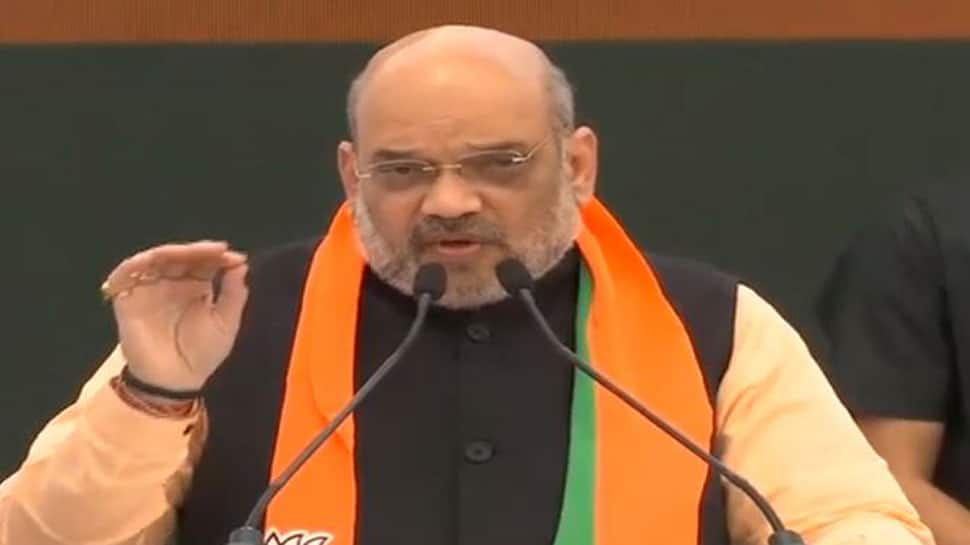 The senior BJP leader said that the party is taking 75 sankalp in order to change india by 2022, 75th year of independence.

"In five years, the government led by Prime Minister Narendra Modi has taken 50 major decisions for the betterment of the country. From 2014-19, our government has transformed the country," Amit Shah said before the release of Sankalp Patra.

"We took suggestions from six crore people while making the sankalp patra. When we came to power in 2014, our country was ranked as 11th major economy. Today, it stands as 5th major economy," he added.

The BJP president said that Sankalp Patra was prepared after consulting 6 crore people.

"There was a time India did not matter in front of world, in last five years, entire world has taken cognisance of us. There is not a single allegation of corruption against Modi government," noted Shah.

Terming the years between 2014 to 2019 as golden years for India, the BJP president said that a full majority government came to power in country after 30 years but despite majority, we formed NDA government. He stressed that BJP-led government has strengthened national security.

"2014 to 2019 were golden years for India. First time after 30 years that a full majority government came. Despite majority, we formed NDA government. We have strengthened national security," said Shah.