In a video tweeted by BJP's Karnataka unit, Kumaraswamy is allegedly heard saying that those who cannot afford to have proper food and are very poor join the armed forces. 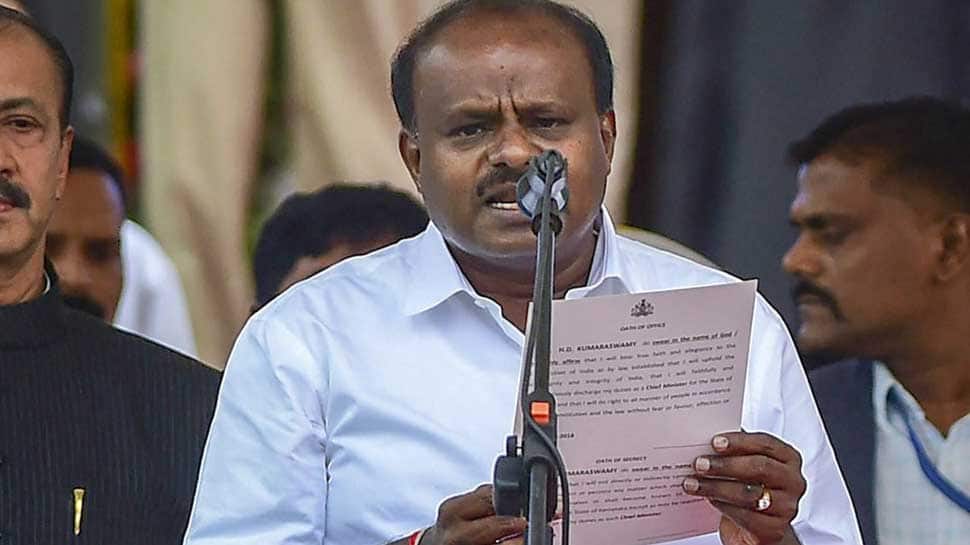 Bengaluru: Karnataka Chief Minister HD Kumaraswamy has claimed that the Bharatiya Janata Party (BJP) has posted an edited video to project him in poor light by highlighting his alleged statement on defence forces. In the video tweeted by BJP's Karnataka unit, Kumaraswamy is allegedly heard saying that those who cannot afford to have proper food and are very poor join the armed forces.

But the Karnataka CM accused the BJP of editing the video. “I never said that the jawans are in the army just for livelihood,” Kumaraswamy tweeted, quoting the video of BJP.

“BJP is up to their old tricks again. They posted another edited video with false interpretation to malign me. I had said that not all who join defence forces are rich. The PM should not play with the lives of jawans to get votes. I never said that jawans are in the army just for livelihood,” reads the Karnataka CM’s tweet.

#BJP is upto their old tricks again.They posted another edited video with false interpretation to malign me.I had said that not all who join defence forces are rich.The PM shuldnot play with d lives of jawans to get votes.I never said tat jawans are inthe army just for livelihood https://t.co/Xzwkk7Vxya

As per the post shared by BJP Karnataka, Kumaraswamy while addressing an election rally allegedly said, “People who don't have food to eat join defence.”

"Modi wakes up every morning, applies makeup or wax to get a shine on his face and sits in front of cameras," news agency ANI quoted him as saying at an election rally. He further added, "But we take bath once in the morning and wash our face only the next day. Our faces don’t look good on cameras. That’s why even media shows only Modi."

Karnataka will vote in the second and third phases of Lok Sabha election, scheduled on April 18 and 23, respectively.