Sinha made this remarks while addressing an election rally in Ramgarh district of Bihar. 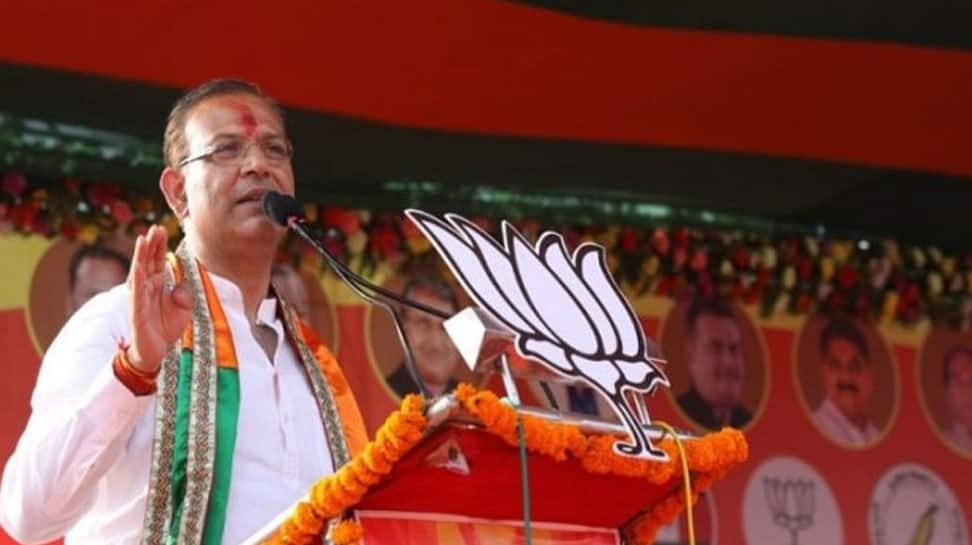 HAZARIBAGH: Union Minister and BJP candidate from the Hazaribagh Lok Sabha constituency, Jayant Sinha, has referred to terror outfit Jaish-e-Mohammad (JeM) chief as 'Masood Azhar Ji' – a reference which is likely to cause a big embarrassment to his party.

"This is a big moment for the security of the nation. The work we have done has been successful. Now, Masood Azhar Ji has been designated as a global terrorist by the United Nations,"  Sinha said.

Sinha made this remarks while addressing an election rally in Ramgarh district of Bihar.

Manjhi, who is a key leader of the crucial 'mahagathbandhan' in Bihar, had said, "Efforts were on to get Masood Azhar saheb designated as a global terrorist since Manmohan Singh's time but it was just a coincidence that the decision has been taken now."

BJP was quick to grab the opportunity to slam the opposition leader.

"By addressing Masood Azhar as Saheb, Jitan Ram Manjhi has proved that the Congress and its allies have a soft corner for terrorists. Is it in their political agenda to glorify those who kill innocent people of the country? Please reply Manjhi Saheb," Bihar BJP leader Mangal Pandey had tweeted.

It may be recalled that the Pakistan-based JeM chief Masood Azhar was labelled a global terrorist by the United Nations Security Council in a major diplomatic win for India on May 1.

China, which had blocked moves to blacklist him four times, finally dropped its objections, saying it "found no objection after a careful study of revised materials".

The JeM founder is believed to have orchestrated many terrorist attacks in India, including the recent Pulwama terror attack in which at least 40 CRPF soldiers lost their lives.

Sinha's reference to Masood Azhar is likely to embarrass his party as well as the Narendra Modi government at the Centre since it has given a go-ahead to major crackdown on Pakistan-backed terrorists in J&K in the aftermath of the Pulwama terror attack and ordered the airstrikes by the Indian Air Force inside Pakistan's Balakot in February targetting JeM's biggest terror camp.