BJP has asked EC to ban Mamata Banerjee from campaigning because, the party says, she instigating her supporters to indulge in violence during Amit Shah's roadshow. 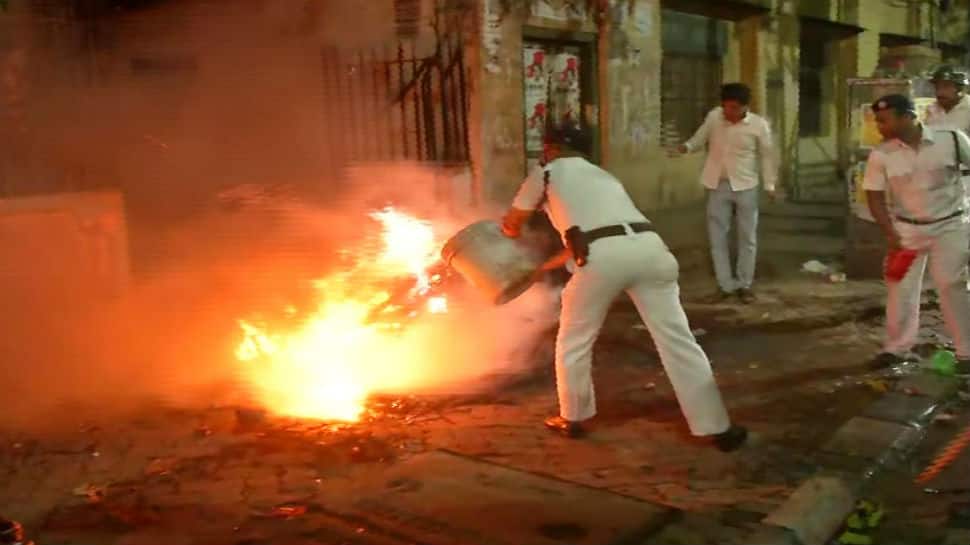 New Delhi: The Bharatiya Janata Party (BJP) has come out all guns blazing in the aftermath of violence in Kolkata during Amit Shah's roadshow here. Blaming Trinamool Congress for violating law and order in the city, BJP has lodged a complaint with the Election Commission and demanded strong action against TMC and its chief Mamata Banerjee.

Shah's rally in Kolkata on Tuesday afternoon drew thousands of supporters. BJP's show of strength, however, was marred by violence towards the end of the route when TMC workers allegedly resorted to stone pelting and arson. While TMC shirked any blame, Shah said it showcased Mamata's frustration at her impending defeat in Lok Sabha election 2019

In Delhi, BJP leaders rushed to the EC and lodged a strong protest against TMC. A delegation, which also had MA Naqvi and Nirmala Sitharaman, demanded that EC takes note and penalises TMC as well as Mamata. "We demanded EC that disturbing elements and history-sheeters be arrested immediately, central forces' flag march be conducted and CM Mamata Banerjee be barred from campaigning for instigating her supporters," Naqvi later told reporters.

Earlier, Shah told Zee News that the violence and arson was a brazen display of TMC's hooliganism even as TMC leaders rushed to save face. Mamata, at a rally in Behala shortly after the violence, said Shah had brought in party workers from other states to garner support for his party in Kolkata.

Both TMC and BJP have been engaged in an intense battle this election season with workers of both parties clashing frequently. There have also been poll-related violence in West Bengal in each of the six phases of voting in Lok Sabha election 2019.