The BJP MP further threatened that nobody can dare to raise a finger at BJP workers and if they do so they will be buried in the ground. 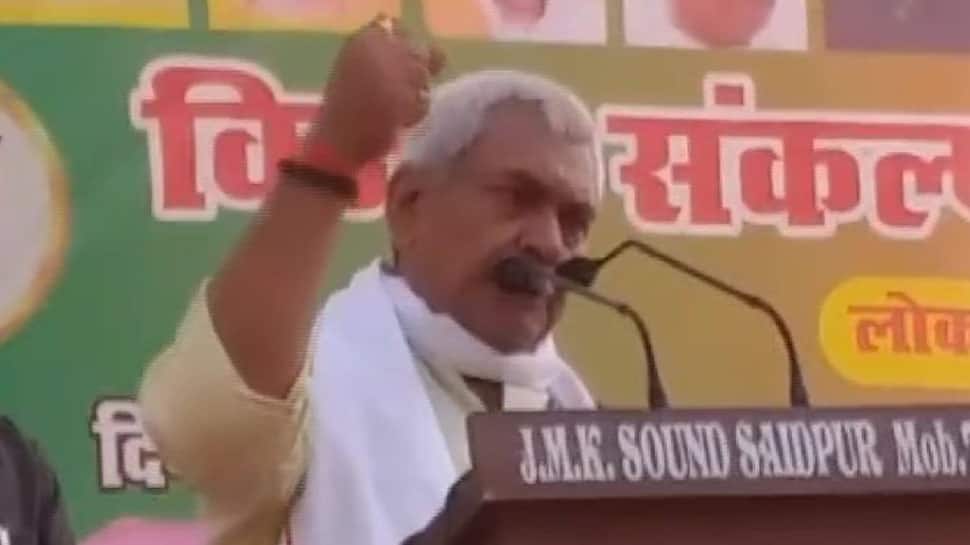 BJP MP Manoj Sinha on Thursday raked up a controversy after he made a statement saying that the BJP workers won't spare anyone who does politics with the money earned in a corrupt manner.

Addressing a rally in Uttar Pradesh's Gazipur, he further added that BJP workers need not be afraid of anyone and if anyone raises a finger against a BJP worker he will have his finger broken within four hours.

The BJP MP further threatened that nobody can dare to raise a finger at BJP workers and if they do so they will be buried in the ground.

"If anyone raises a finger at BJP workers it'll be broken within 4 hours, says BJP leader Manoj Sinha

Interestingly, the fight in Uttar Pradesh's Gazipur is between the BSP-SP alliance and BJP candidates.

There will be a crucial fight here. Several criminal cases are registered against the BSP candidate fighting from Ghazipur.

The BJP's Kisan Morcha Sammelan was organized at the Town National Inter College School in Saidpur in Ghazipur. A large number of farmers were present.