The BJP stressed that the questions being raised by candidates fighting against Rahul from  Amethi are very serious and neither Rahul not his lawyer have answers to these objections. 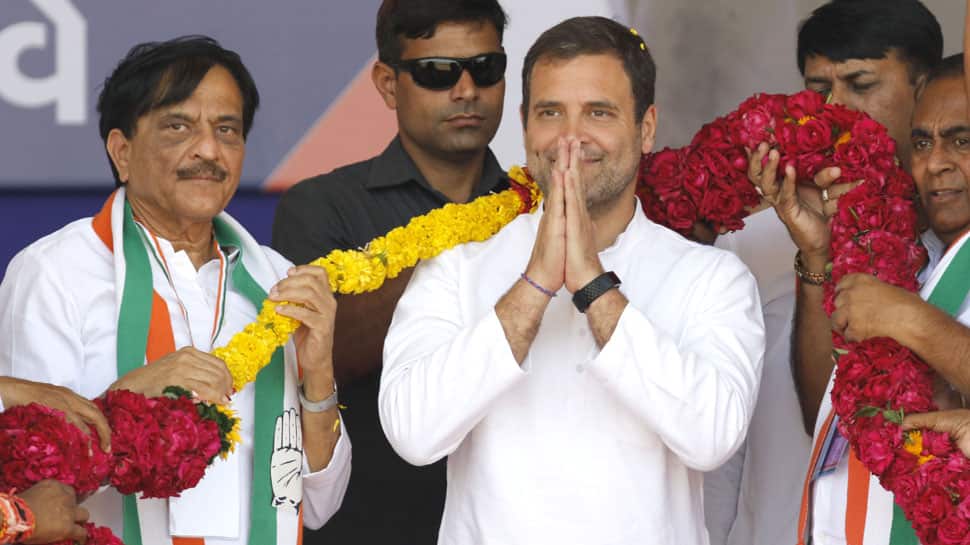 NEW DELHI: Mounting its attack on Congress President Rahul Gandhi, the  BJP on Saturday raised questions over alleged discrepancies in Rahul's election affidavit over his citizenship and educational qualification.

Addressing a press conference, BJP spokesperson G.V.L. Narsimha Rao said that the country is stunned to know that the Congress president and his unable to explain some details of Gandhi`s nomination papers sought by returning officer of Amethi Lok Sabha constituency. It may be recalled that Rahul is a sitting MP from Amethi in Uttar Pradesh and he had filed his nomination from this seat few days ago.

"Today the whole nation is stunned that Rahul Gandhi and his lawyer Rahul Kaushik were unable to explain some details of Gandhi`s nomination papers sought by Amethi`s returning officer," said Rao.

The BJP spokesperson stressed that the questions being raised by candidates fighting against Rahul from  Amethi are very serious and neither Rahul not his lawyer have answers to these objections.

Rao made the remarks soon after an independent candidate, Dhruv Lal, filed a petition at a court in Amethi seeking clarification on educational qualification and citizenship of the Congress chief.

It is to be noted that the returning officer has asked Rahul's lawyer to give the answers and clarifications by April 22. "Certainly we will want Congress to answer those questions in Delhi today. And we also want Rahul Gandhi to answer today," he said.

Rao said that Rahul must reveal before the nation the name of the company in which he has invested his money, referring to the company mentioned in the election affidavit of the Congress chief, IANS reported.

According to Rao, Rahul has invested in a company named Backops Limited. He added that the company is registered in London and Rahul was once the Director of this company.

"The official documents submitted by this company to the British authorities are in the form of a memorandum of associations and annual returns period ending August 21, 2005. So documents submitted to the British authorities in 2005 clearly showed that he was a citizen of UK. And if he was a citizen of UK, then he would have automatically lost Indian Citizenship because Citizenship Act 1955 clearly states that any citizen of India acquiring citizenship of any other country automatically forfeits citizenship of India," he said.

In a direct attack on Rahul Gandhi, Rao, who is also BJP MP from Rajya Sabha, said that the nation would like to to know from Rahul Gandhi whether he was a British citizen in 2005 or earlier or later. And if this is the case then how can he call himself an Indian citizen.

Accusing the Congress MP of trying to suppress facts, Rao raised questions over Rahul's qualifications and said, "In the 2004 election affidavit, there were only two educational qualifications given. A senior Secondary School certificate in 1989 and another, an M. Phil degree, which he supposedly got from Trinity College in Cambridge University in Development Economics in 1995. There was no reference to any other educational qualification in between."