Lone allegedly raised pro-Pakistan slogans at a rally in Kupwara district and called Pakistan "his Muslim nation on the other side." 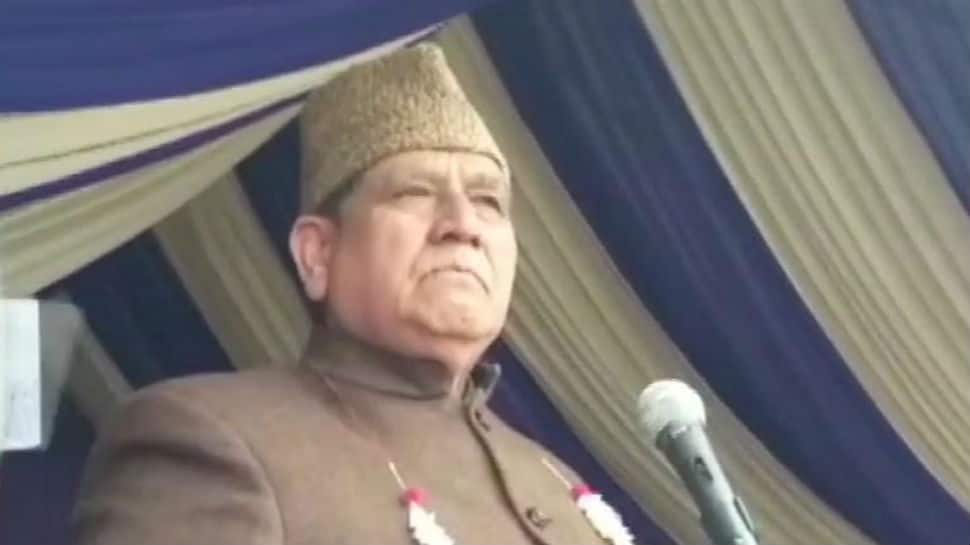 The BJP Monday asked the Election Commission of India to stop Jammu and Kashmir Assembly's former Speaker and National Conference candidate from Baramulla, Mohmmad Akbar Lone, from contesting the polls for allegedly raising "pro-Pakistan slogans" at one of his poll campaign rallies.

The state unit of the BJP raised the demand for cancellation of Lone's candidature and sought registration of a criminal case against him on charges of sedition.

The party also sought an apology from NC chief Farooq Abdullah for the "anti-national" act of his party candidate.

Lone on Saturday allegedly raised pro-Pakistan slogans at a rally in Kupwara district and called Pakistan "his Muslim nation on the other side." He also threatened to abuse anyone who abuses Pakistan.

"We demand that he should be booked under charges of sedition and Farooq Abdullah should tender an apology and clear NC's stand over it", he said.

The BJP leader said both PDP and NC have blood of young Kashmiri boys on their hands.

Had these "tried, tested and failed" organisations concentrated on welfare of youth, Jammu and Kashmir would have been on the path of progress like any other state, he charged.

His slogans like "Pakistan Zindabad" are tantamount to violating the atmosphere of the state and are aimed at derailment of the whole election process, Chrungoo said.

"It is also a conspiracy to polarize the people of the state on communal lines. We condemn such slogans and anti-national stance taken by the NC candidate.

"His justifying the slogans is also adding insult to the injury. It is strange to note that a person who has remained the constitutional head of the legislature in the State Assembly and who has taken an oath on the Constitution of India will succumb to such a level," Chrungoo added.

National Conference and PDP are competing with each other to make it sure that each of them is a "bigger secessionist", he alleged.

It may be recalled that on February 10, 2018, Lone, had also raised pro-Pakistan slogans in the Assembly after BJP members condemned the neighbouring country over the terror attack on the Sunjwan Army camp.

While NC is silent this time, the party then had distanced itself from his slogans, which came even as the operation to flush out terrorists from the Sunjwan camp was underway.