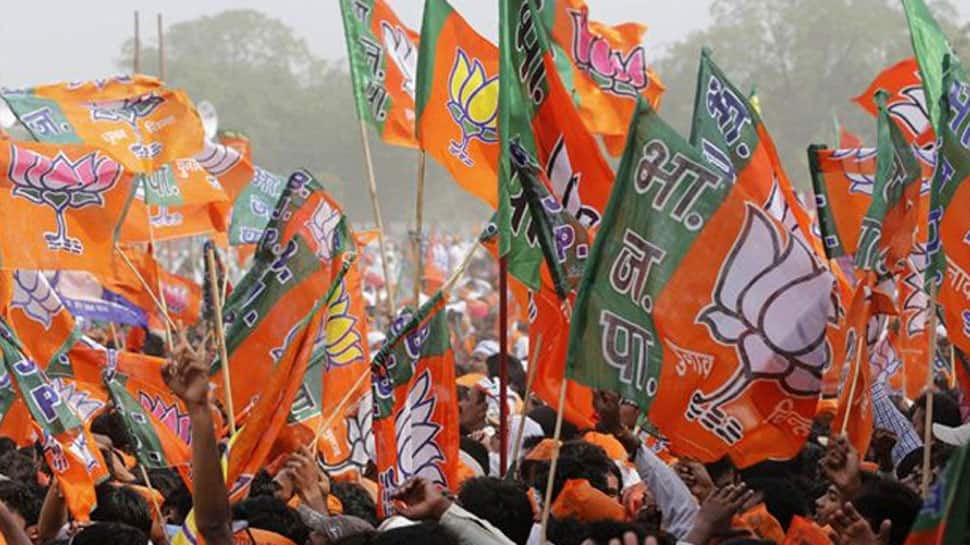 In its first list of 184 candidates announced Thursday for the Lok Sabha elections in the electorally crucial state of Uttar Pradesh, the BJP fielded Prime Minister Narendra Modi from Varanasi and Home Minister Rajnath Singh from Lucknow.

Significantly, the candidature of former Union Minister Murli Manohar Joshi, an MP from Kanpur, Union Minister Maneka Gandhi who represents Pilibhit, and her son Varun Gandhi representing Sultanpur was not announced in Uttar Pradesh where the BJP faces a formidable alliance of the Samajwadi Party and the Bahujan Samaj Party.

Krishna Raj is the Minister of State for Agriculture & Farmers Welfare.

After the announcement of tickets, Irani in a series of tweets said, "Congratulations to all the candidates announced by @BJP4India. Let us all work for #PhirEkBaarModiSarkar by ensuring lotus blooms in every constituency."

"It would be matter of pride for me to enable the lotus bloom in Amethi and strengthen the BJP in the Parliament (Amethi se kamal khilaakar Sansad mein BJP ko majboot karnaa mere liye garv ki baat hogi)," she said.

Irani in another tweet said, "Had the honour of representing Amethi, got love of party workers of Amethi. Now we have to make the lotus bloom and create history."

Other prominent candidates fielded by the BJP are Union minister of state (Independent Charge) Labour and Employment Santosh Kumar Gangwar (from Bareilly) and Hema Malini from Mathura.

"Some people were wanting that I should come back (and contest the Lok Sabha polls), and they used to tell me that I have to come back. If you will come, it will be good. This time, I have come back, and would like to thank Amit Shah ji Modi ji and all those present in the meeting for giving me the ticket, as they have re-nominated me," Hema Malini said.

The BJP also decided to give ticket to its sitting MP Sakshi Maharaj from Unnao. Recently, in a veiled threat to the BJP leadership, Unnao MP Maharaj warned that if he is not renominated from the seat, "the result may not be good" for the party this time.

The 63-year-old saffron-clad lawmaker said he had written a letter to state BJP chief Mahendra Nath Pandey in this regard on March 7.

"The result may not be good (for the BJP) if the party takes any decision (other than fielding me from Unnao)," the four-time Lok Sabha member said.

The parliamentary constituencies in the state, which will vote on April 11 in the first phase of the Lok Sabha elections are Baghpat, Bijnor, Gautam Buddh Nagar, Ghaziabad, Kairana, Meerut, Muzaffarnagar and Saharanpur.

Government should stop pretending to be Army: Akhilesh Yadav on Pulwama debate