Anupam Hazra joined the BJP last month after being expelled from the TMC for anti-party activities. 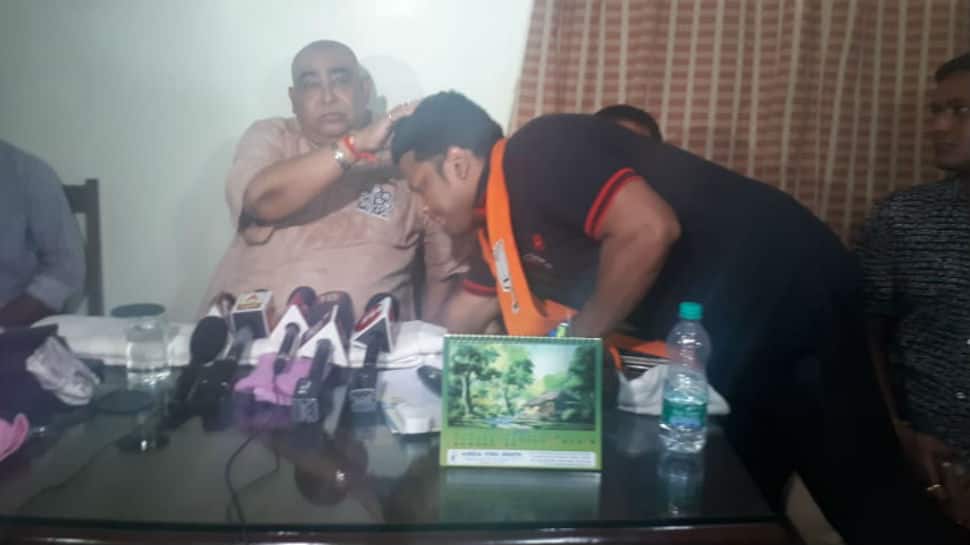 Kolkata: Pictures of Jadavpur BJP candidate Anupam Hazra touching the feet of TMC Birbhum chief Anubrata Mondal on Monday has triggered a huge political controversy in West Bengal amidst the election season. About which, Hazra, describing the Birbhum strongman as his 'uncle', said that he met him only to offer condolences on his mother's demise.

However, the meeting has not gone down well with BJP and the party has sought an explanation from Hazra.

"I came to Bolpur to cast my vote after which I heard that Mondal's mother has expired. So, I came to meet him since he is like my uncle and he is my senior former political colleague. We had differences but now it's solved and I can say he is the best in Birbhum," Hazra, the former TMC Bolpur MP, said.

He joined the BJP last month after being expelled from the TMC for anti-party activities.

"This was courtesy visit and we should not politicize this matter," Hazra reacted.

Meanwhile, Mondal, who was under Election Commission surveillance today said, said he exchanged pleasantries with Hazra but did not wish him victory in the Jadavpur seat.

"If he accepts his mistake, he may come back to us. I can make him MP again. I can speak to Mamata Banerjee about it," Mondal said.

BJP state president Dilip Ghosh said he will talk to Hazra about it.

"He has said it was a courtesy visit. But it would have been better had he met Anubrata Mondal on some other day. In our party, we have discipline and we all have to maintain that," Ghosh said.

Polling in two seats of Birbhum district was held on Monday in the fourth phase.