Kumar, a Thakur, is pitted against Congress's Imran Pratapgarhi, a poet who has often questioned the BJP government through his provocative compositions and fiery speeches. 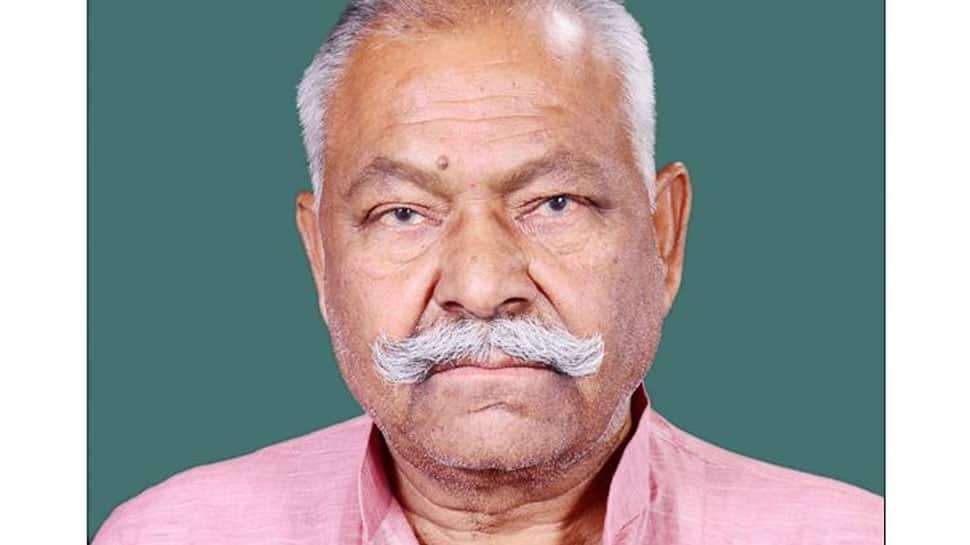 MORADABAD: It is going to be difficult to retain Moradabad Lok Sabha constituency for BJP, which is in a direct contest with Congress due to consolidation of Muslim votes ahead of the April 23 election, saffron party candidate Kunwar Sarvesh Kumar has said.

Kumar, a Thakur, is pitted against Congress's Imran Pratapgarhi, a poet who has often questioned the BJP government through his provocative compositions and fiery speeches.

As the campaigning heats up, SP-BSP-RLD coalition's S T Hasan, a doctor by profession, is also trying to win over the Muslim votes, about 47 per cent of the total 19.41 lakh voters in the constituency. Only the community members have not yet disclosed who they will back this time.

Though Kumar, a political strongman, is well-known in the area, he is unsure about his re-election. "The election is going to be difficult," Kumar told PTI on the phone as he is busy campaigning in interior areas of the constituency.

"The fragmentation of Muslim votes has not happened. The election has become Congress versus BJP," he added.

Kumar had been a Member of Legislative Assembly five times from Thakurdwara before he was elected MP from Moradabad in 2014. His son is now an MLA from Barhapur, one of the five assembly segments in the parliamentary constituency.

Other than Muslims, Jatavs, who have traditionally supported the BSP, constitute 9 per cent of the total voters. "We follow wishes of Behan Mayawati ji. Now that an alliance is in place, BSP voters(Jatavs) will give full support to it as is wished by Behenji," Ranvijay, a BSP supporter, said.

The BJP is on the defensive as its voters from the Scheduled Caste community ? the Balmikis ? are also angry with their local MP, Kumar. They say they will either support the BSP-SP-RLD alliance or not cast their vote.

"We have traditionally voted for the Congress and then we supported the BJP. Our support resulted in the victory of Kumar (in 2014). But in the last five years he has not visited us," said Harkesh, a resident of Daulat Bagh Balmiki colony.

Hasan, 55, meanwhile, has provided treatment to the poor and thinks it will work for him.

In 17 elections since 1952, Muslim candidates have won the seat 11 times, fighting on tickets from every major political party except the BJP.

The Bharatiya Jana Sangh had won the seat twice and the BJP had its first victory in 2014, when a division of Muslim votes between Hasan and Haji Mohammad Yaqoob helped Kumar win the seat.

However, the distribution of Muslim votes among the parties has not been consistent. A lot depends on the candidate.

In 2009, cricketer Mohammad Azharuddin fought as a Congress candidate and managed over three lakh votes, ending a 25-year drought for the party in this constituency.

This time when Congress gave ticket to Raj Babbar from the seat initially, there was an overwhelming feeling in the local unit the party will comfortably win the seat with support from both Hindus and Muslims.

But Babbar distanced himself from the race, bringing Pratapgarhi, the poet who has questioned the government on incidents of lynching and over the missing JNU student Najeeb.

"There had been minor differences over Imran Pratapgarhi's nomination but now we have assuaged everyone and we are working as a team to ensure his win. Muslim votes are fully intact and they will go with the person whom they think is a better candidate. There will be no division of Muslim votes," District Congress Committee chief A P Singh told PTI.

Even supporters of the BJP candidate, Kumar, concede that young Muslim men and women find Pratapgarhi's oratory appealing and are getting swayed by him.

Unlike BJP's Kumar, Pratapgarhi and Hasan have been focussing on subtle messaging through community meetings.

The BJP, on the other hand, has organised big campaign rallies of Prime Minister Narendra Modi, BJP chief Amit Shah and UP Chief Minister Yogi Adityanath in Moradabad.

There was a buzz that Qureshis, the second influential caste in Muslim community after Ansaris in Moradabad, may switch to Pratapgarhi, after the SP-BSP coalition cut the ticket of meat businessman Haji Nasir Qureshi, a former BSP member, replacing him with Hasan.

"No. Muslims will not divide their vote. Qureshi had contested on BSP ticket in assembly election. He was new to SP. Local leaders supported Hasan who was the runner-up in local elections. They will vote either of the two candidates," Ranvijay, the BSP supporter, said.

The support of Jatavs to the alliance is a major factor convincing Muslims to also vote for it, he said.

"They are seeing this poll as between Prime Minister Modi and Rahul Gandhi. They wanted to support Congress when Raj Babbar was given ticket. But with change in candidate they are realigning their strategy as Jatavs will be supporting the alliance," Azam Ansari, a Congress office-bearer, claimed.

It will not be the 45-per cent Muslim vote but the 9-per cent Jatav vote that will be the key, Syed Ganim Mian, who runs a society for brass artisans, said.