Tharoor also termed the debate over Rahul Gandhi's citizenship as an ''absurd and frivolous charge.'' 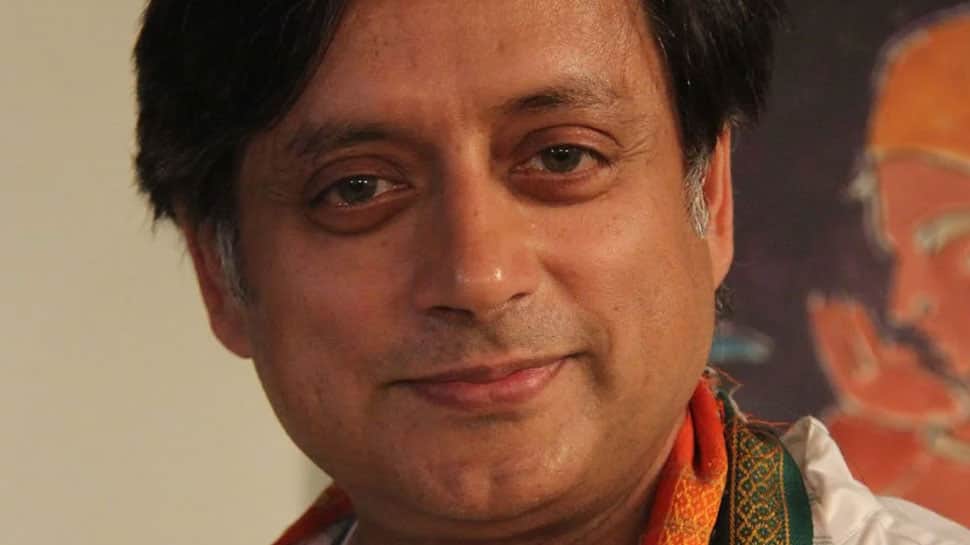 NEW DELHI: Congress Member of Parliament from Kerala Shashi Tharoor, who is seeking a third term from Thiruvananthapuram Lok Sabha constituency, has slammed the BJP for playing the communal card, dividing people on religious lines and using the Sabarimala temple shrine issue for political gains.

In a free-wheeling chat with the Zee Media, the Congress leader accused the BJP of turning the Sabarimala temple – a sacred Hindu shrine in Kerala - into a political theatre.

While the BJP used the issue for political gains, my party - Congress - maintained that there should be no interference in sacred and ancient traditions followed at the Sabarimala temple shrine, he said.

Tharoor said that instead of welcoming the Supreme Court's order on the Sabarimala issue, the BJP did nothing to ease the pain of devotees.

''The BJP had been in power....They could've brought a law or passed an ordinance or filed a review petition in this regard but they did nothing,'' Tharoor said.

The BJP has been able to cloak themselves in the mantle of Sabarimala. If only BJP had talked of development they would've made more headway,'' he added.

''Instead, they took to the streets, created disturbances, obstructed worshippers, threw stones, assaulted police. While we have always argued that Sabarimala is either a constitutional issue or a religious issue, it is not a political issue. The only party that blatantly politicised Sabarimala issue is the BJP,'' Tharoor said.

The senior Congress leader also accused the BJP of playing the 'Hindutva' card to create a new divide between north and south.

''BJP's Hindutva, Hindustan, Hindi agenda has alienated people of the south. There's a new north-south divide and that's why we need someone from the north to heal the divide,'' Tharoor said.

That is the reason why the prime minister-in-waiting (Rahul Gandhi) is wanting to get elected from North and South to heal this divide, he added.

Hailing Rahul Gandhi's leadership, Tharoor said that the Gandhi scion has evolved and matured as a politician. Since Rahul has a wider national responsibility, he can not be expected to do the kind of ground-level wide-reaching work that regional party leaders can do in their respective constituencies.

Tharoor also termed the debate over Rahul Gandhi's citizenship as an ''absurd and frivolous charge.''

''The concoction of personal attacks are products of a fevered imagination,'' the Congress MP said.

''Security asked Rahul to use a disguise while studying abroad after the assassination of his father ... to conceal his whereabouts. They feared he might be vulnerable... Everyone has seen Rahul grow up in India,'' he said.

The Thiruvananthapuram MP also exuded confidence that his party will win nearly 15-18 seats though the party is in contention on all 20 seats in Kerala.

Taking about his own track record, Tharoor said that he wants to convert Thiruvananthapuram, which has a tremendous potential to be a knowledge city, tourism hub, into a capital that everyone can be proud of.

Apart from improving flight connectivity and wooing foreign investors for job creation, Tharoor said that he wants to improve the overall cosmopolitan nature of the city.