On a day when the Adityanath government in UP completes two years, Priyanka leveled serious charges of inefficiency. The counter from the CM was equally scathing. 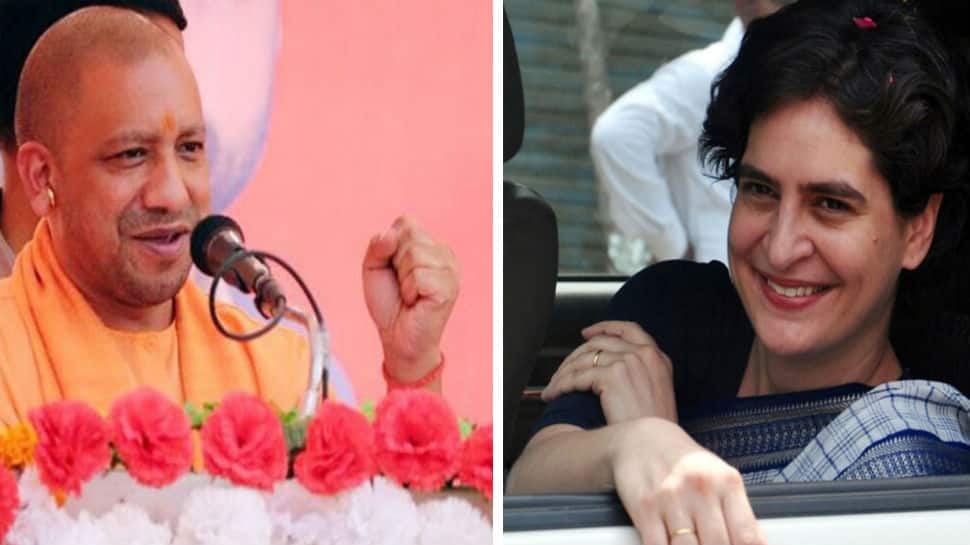 Bhadohi/Lucknow: Priyanka Gandhi Vadra on Tuesday attempted to renew her attack on the Narendra Modi government by questioning what the NDA achieved in the five years in power. Her allegations were thwarted soon after by Uttar Pradesh CM Yogi Adityanath who completed two years in office on the same day.

Priyanka, on Day 2 of her three-day Ganga yatra, charged the Centre as well as the UP government for being inefficient. "The argument that 'what did they do in 70 years' also has an expiry date. Now they (BJP) should tell what they have done in their five years when they are in power," said the Congress in-charge for east UP, adding that even the Adityanath government had failed on multiple counts. "'Report card, promotions, all of it sounds good but there's nothing on the ground, I'm meeting people every day. All the people are in distress."

Adityanath, shortly after, took on Priyanka for her remarks. "Priyanka ji is taking a boat ride on a clean Ganga river. It is good that she is going from Prayagraj to Varanasi on the river because what her past four generations could not do, PM Modi's National Mission for Clean Ganga has done," he said. "Congress ruled UP for the maximum time period after independence and in return, the party gave it the designation of a 'BIMARU' state."

The verbal duel is expected to be the first of many in the run-up to the Lok Sabha election. While Priyanka's formal entry into politics is being seen as Congress' attempt to galvanise party cadre and reach out to the masses in east UP, the BJP has said it exposes the failures of Congress chief Rahul Gandhi. The two deputy UP CMs - Keshav Prasad Maurya and Dinesh Sharma - declared previously that Priyanka's Ganga yatra cannot resurrect her party.

That BSP chief Mayawati snubbed Congress to form an alliance with nemesis Akhilesh Yadav of SP in UP is being seen by political analysts as a potential blessing for BJP. Congress has left seven seats vancant in the state but was called out for it by both Mayawati and Akhilesh who asked the party to 'not give a wrong impression.'