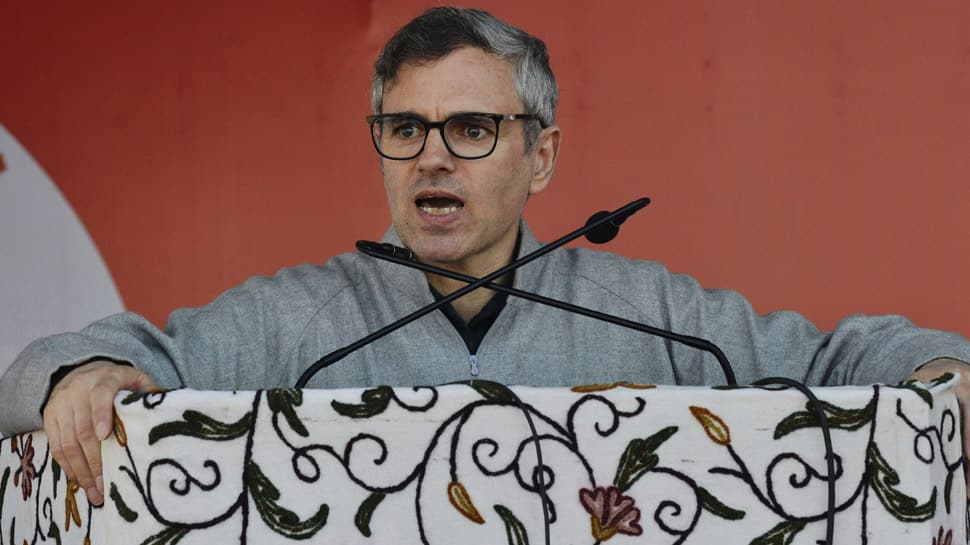 New Delhi: National Conference (NC) leader and former Jammu and Kashmir Chief Minister Omar Abdullah on Monday urged his "friends" in the Congress and other opposition parties to call Prime Minister Narendra Modi`s "bluff" by "distancing themselves" from his remark on a separate "President" and "Prime Minister" for Jammu and Kashmir.

"Dear friends in the Congress and other opposition parties. Please don`t hesitate to distance yourselves from my speech of today. In fact, call Narendra Modi`s bluff by doing exactly that," he said in a series of tweets.

Dear friends in the Congress & other opposition parties. Please don’t hesitate to distance yourselves from my speech of today. In fact call Modi ji’s bluff by doing exactly that.

His tweets came after Prime Minister Modi, while addressing a rally in Telangana, said, "An ally of Congress party, a very strong member of the mahagathbandhan, the National Conference has given a statement in which they have said that there should be a separate Prime Minister for Kashmir. You tell me, do you agree to this demand of an ally of the Congress party?"

Earlier in the day, while addressing a rally, Abdullah had said, "Rest of the princely states merged with the country without condition but we had said that we will have our own identity, our own constitution. We had our own 'Sadar-e-Riyasat (President)' and 'Wazir-e-Azam (Prime Minister)' too. By God`s grace, we will bring that back."

"Most grateful to Honorable Prime Minister Narendra Modi for taking my humble speech and giving it a national platform," he said in a tweet while asserting that National Conference has always stood for the original terms of accession and will continue to fight for those.

"My party has always stood for the restoration of the terms of accession which Maharaja Hari Singh negotiated for Jammu and Kashmir in 1947 and we have done so unashamedly," he added.