Campaigning ends for third phase of Lok Sabha election, voting in 117 seats in 15 states and union territories on April 23

In Gujarat, all 26 Lok Sabha seats will go to poll in the third phase. Prime Minister Narendra Modi and BJP chief Amit Shah campaigned on the last day of campaigning on Sunday in their last-ditch effort to bag the maximum number of votes for the party. 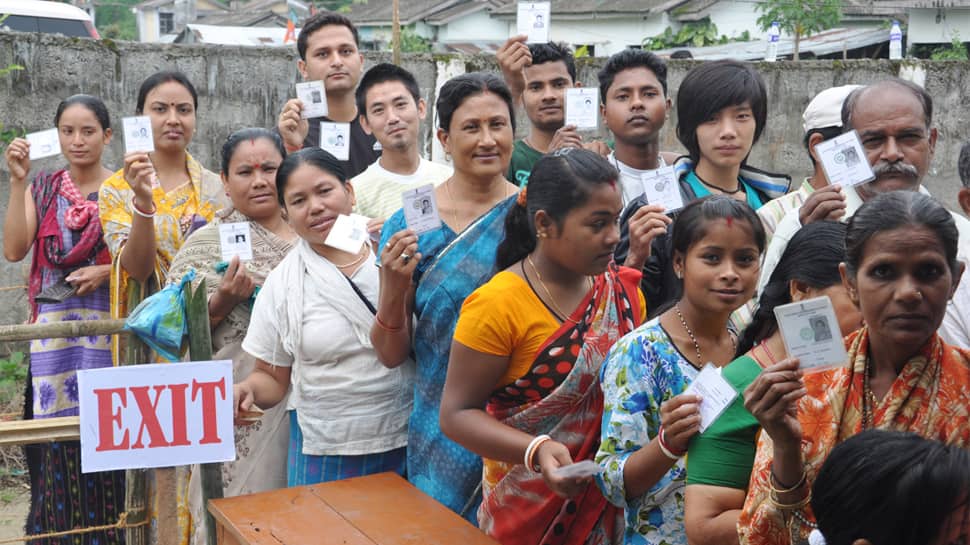 Campaigning for the third phase of Lok Sabha election, voting for which will be held on April 23, ended at 5 pm on Sunday. In the third phase, voting will be held in 117 constituencies across 13 states and two Union Territories. The states which will go to vote include Gujarat, Kerala, Karnataka, Maharashtra, Odisha, Uttar Pradesh, Chhattisgarh, Bihar, Assam, Goa. Voting in two union territories - Daman & Diu and Daman & Diu Dadra Nagar Haveli will also be held on Tuesday.

Voting for Tripura East seat which was earlier scheduled to be held in the second phase was postponed due to law and order concerns and will be held on Tuesday. Voters in Jammu and Kashmir will also exercise their franchise in Anantnag seat, where polling has been divided in three phases on April 23, April 29 and May 6.

In Gujarat, all 26 Lok Sabha seats will go to poll in the third phase. Prime Minister Narendra Modi and BJP chief Amit Shah campaigned on the last day of campaigning on Sunday in their last-ditch effort to bag the maximum number of votes for the party.

The BJP has a lot at stake in this phase in Uttar Pradesh with the party having won seven out of the ten seats in the region in 2014, leaving three for the Samajwadi Party, but facing a tough challenge from SP-BSP-RLD combine.

In Odisha, six Lok Sabha seats and 42 assembly constituencies will go to polls in this phase. The key poll battle in the state is between the BJP and the ruling Biju Janata Dal (BJD).

Seven seats are going to polls in Chhattisgarh on Tuesday, marking the completion of Lok Sabha election in the state. These are - Raipur, Durg, Bilaspur, Korba, Janjgir, Surguja and Raigarh.

In Maharashtra, 14 Lok Sabha seats are going to polls in the third phase. The major players in the state are BJP, Shiv Sena, NCP and Congress.

Polling for two Lok Sabha constituencies and three Assembly bypolls in Goa will be held in the third phase.

Have we kept our bombs for Diwali: PM Narendra Modi on nuclear threats from Pakistan