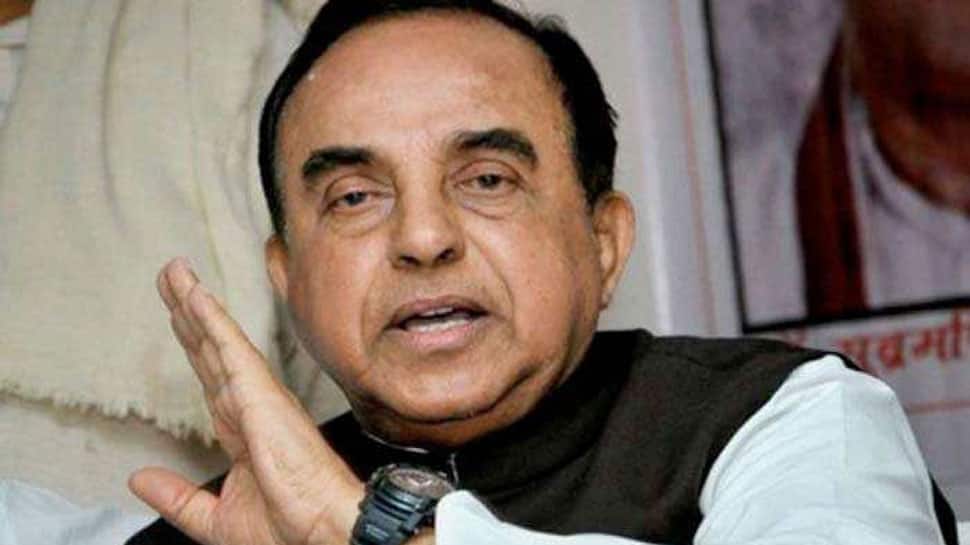 New Delhi: BJP leader Subramanian Swamy has sparked controversy after he said that he can't be a 'chowkidar' (watchman) as he's a Brahmin. He made the comment while speaking to a Tamil television news channel Thanthi TV.

"I am not a 'chowkidar'. I am a Brahmin. So, I cannot become a chowkidar. I will give my opinion. And the chowkidar should work according to that," Swamy said on being asked why he was not a part of the BJP's 'chowkidar' campaign.

Prominent BJP leaders have been adding 'Chowkidar' prefix to the names of their Twitter handles following the 'Main Bhi Chowkidar' trend ahead of the Lok Sabha election.

The 'chowkidar' campaign was introduced by Prime Minister Narendra Modi, who had himself added the 'Chowkidar' prefix to the name of his Twitter handle and launched a video with the slogan - 'Mai Bhi Chowkidar'.