Navot Singh Sidhu at an election campaign in Katihar said that "Muslims should unite and vote for Congress". 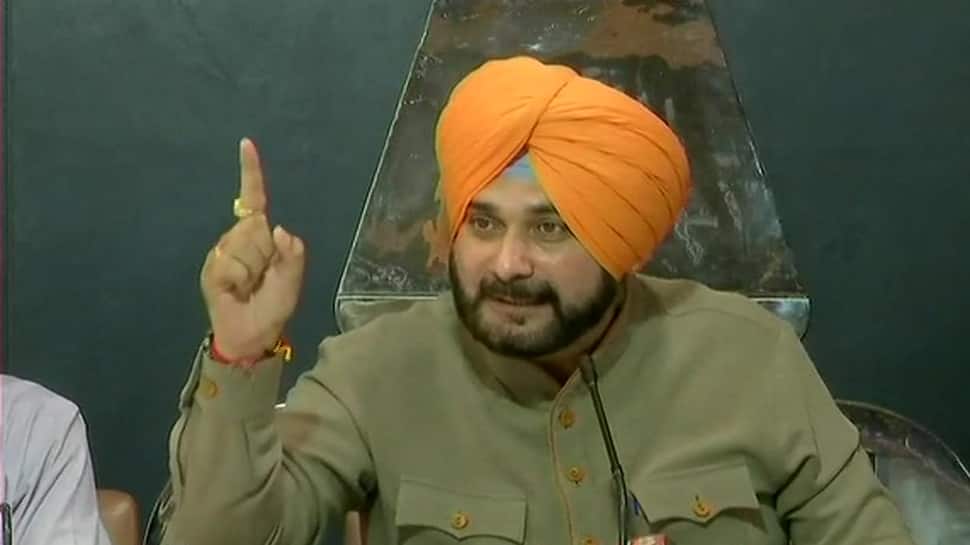 Katihar: A case has been registered against Congress leader Navjot Singh Sidhu in Bihar's Katihar for violating Model Code of Conduct (MCC) during an election rally earlier on Tuesday.

Sidhu, while campaigning for party candidate Tariq Anwar, said that "Muslims should unite and vote in favour of Congress."

“There's a conspiracy going on. I am here to warn my Muslim brothers. You form 54 per cent of the population... All of you come to work in Punjab. If you face any problem in Punjab, you'll find Sindhu standing,” he said.

"They (BJP) are dividing you. By bringing people like (Asaduddin) Owaisi in here, by making a new party stand for elections, they want to divide your vote for winning. If you people unite and vote unitedly then everything will overturn and Modi will be finished," Sidhu added.

The statement has stirred a major controversy and later in the day, Bihar BJP vice president Devesh Kumar moved Election Commission over the same.

"EC said they have seen the footage and have assured us that necessary action will be taken," Kumar was quoted by news agency ANI as saying.

Bihar BJP Vice-President Devesh Kumar: We met Election Commission and made them aware of Punjab Minister Navjot Singh Sidhu's statement made at a rally in Katihar, earlier today. They said they have seen the footage and have assured us that necessary action will be taken. pic.twitter.com/XF3l5aWkQb

Sidhu's controversial comment comes just a day after the EC imposed a ban on prominent leaders like BSP chief Mayawati and Uttar Pradesh Chief Minister Yogi Adityanath from campaigning for their divisive comments.

Meanwhile, at a press conference in New Delhi Union Minister Ravi Shankar Prasad also hit out at the cricketer-turned-politician for his polarising comments.

"Dividing people on communal and caste lines is part of DNA of Congress Party. The way Congress leader Navjot Singh Sidhu today has made an appeal to minority voters in Katihar shows that," Prasad said.

Lok Sabha election in Bihar is being held in all the seven phases. The counting of votes will take place on May 23.