The SP chief said that the SP-BSP-RLD coaliton is an alliance of 'mahaparivartan' and not 'mahamilawat' as alleged by the BJP. 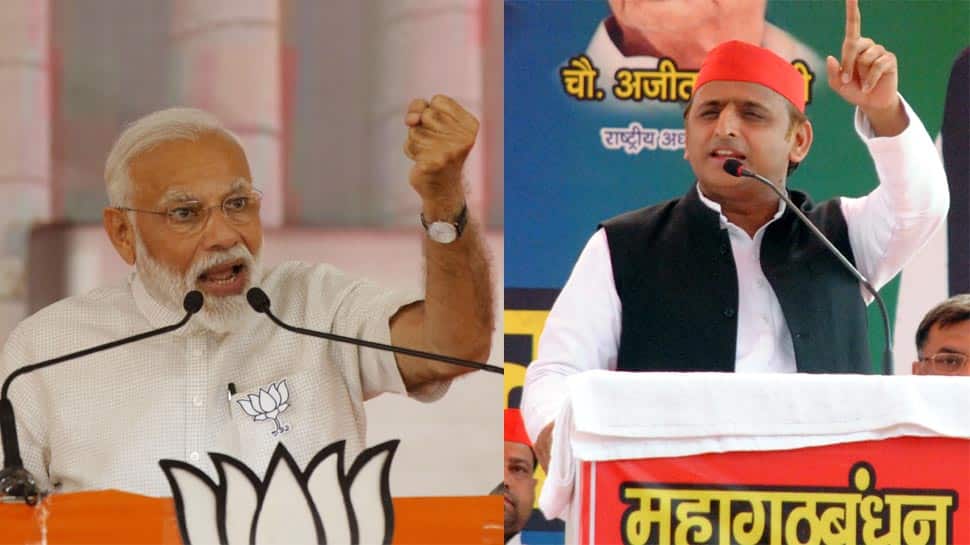 “If PM Modi is chaiwala, then we are doodhwala. Without good milk, good tea cannot be made,” said the former Uttar Pradesh chief minister while addressing a rally at Baitholi bypass after filing his nomination from Azamgarh parliamentary constituency for the Lok Sabha election 2019 on Thursday.

Targetting PM Modi and the Bharatiya Janata Party, the SP chief said, “BJP is calling the alliance of SP, Bahujan Samaj Party and Rashtriya Lok Dal as Mahamilawat. And what will be the coalition of 38 parties be called?”

Ahead of the general election, SP, BSP and RLD announced their alliance on March 6. BSP is contesting on 38 seats, SP on 37 and RLD on three seats in Uttar Pradesh.

In a subtle reference to UP CM Yogi Adityanath while urging voters to remove the "dictatorial" BJP government in the state, Yadav said, “BSP, RLD and SP will hold a new history. First the chowkidar will go away from the country and then the thekedar too.”

“The BJP showed just dreams to everyone, but did not even complete the work. BJP's talk starts with the toilet and ends there. In any case, there is no special difference between the Congress and BJP in the matter of toilets. If one digs a pit for the toilet then the other has two crates,” said the 45-year-old SP chief.

The SP chief said Azamgarh is the 'karmabhoomi' of 'samajwadis' and that the SP-BSP-RLD coaliton is an alliance of 'mahaparivartan' (grand change) and not 'mahamilawat' (adulteration) as alleged by the BJP.

Akhilesh Yadav is seeking election Azamgarh, a seat won by his father Mulayam Singh Yadav in the 2014 general elections. The BJP has pitted Bhojpuri superstar Nirahua or Dinesh Lal Yadav against him.

Uttar Pradesh is witnessing polling during all seven phases of the election. The first and second phases were held on April 11 and April 18. The next phases are scheduled to be held on April 23, April 29, May 6, May 12 and May 19. The votes will be counted on May 23.