"I personally wanted AAP and Congress alliance as it will give immense satisfaction in defeating them if they are together than if they fight separately," Dr Harsh Vardhan said. 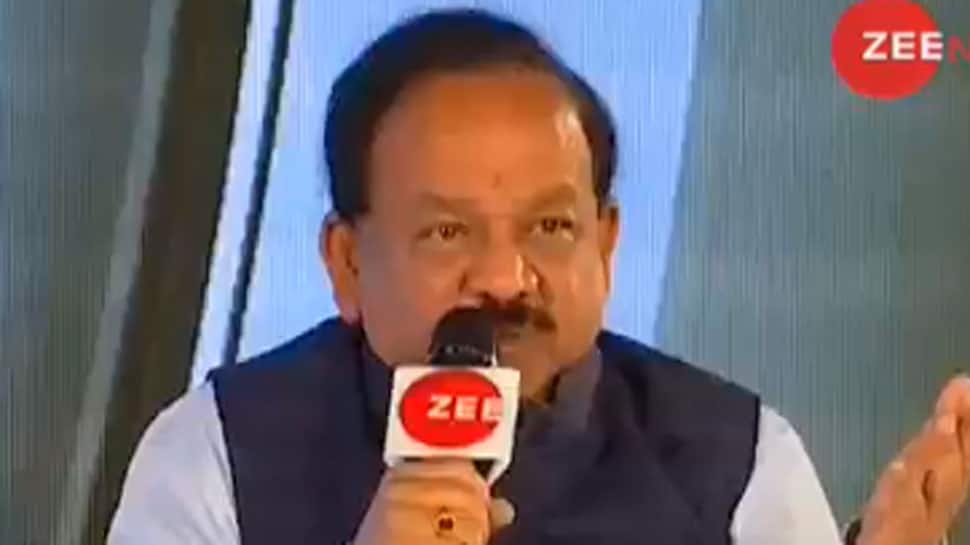 New Delhi: At Zee News' India Ka DNA conclave held on Monday, Science and Technology Minister Dr Harsh Vardhan categorically said that the Bharatiya Janata Party (BJP) has never spoken to the Arvind Kejriwal-led Aam Aadmi Party (AAP) and added that commenting on Delhi chief minister "is a wastage of time" and added that Kejriwal has "degenerated the political discourse."

Arvind Kejriwal is the current CM of Delhi and Dr Harsh Vardhan was fielded against him by BJP in 2013 assembly election.

Of Congress and AAP's impending alliance in Delhi for the national election, the union minister said that he wants the alliance to happen as his party will definitely defeat them. "I personally wanted AAP and Congress alliance as it will give immense satisfaction in defeating them if they are together than if they fight separately."

"The country is with Narendra Modi. On his appeal lakhs of people added chowkidar to their social media handles. So the mood of the country is clear," he added, alluding to the 'Main Bhi Chowkidar' campaign started by PM Modi recently.

"I have never taken a decision on my role in the party. Whatever responsibility the party assigns to me, I will accept it and give my best," he also said.

"Atal Bihari Vajpayee conducted nuclear tests and added Jai Vigyan to the slogan - Jai Jawan, Jai Kisan. Now Modiji has added Jai Anusandhan to it. Modiji wants India to be one of the strongest in science and technology and we are all committed towards achieving it," Dr Harsh Vardhan added at last.