Congress' abuses are my badge of honour: PM Narendra Modi at Wardha rally

The Prime Minister was speaking at a rally in Maharashtra's Wardha ahead of the upcoming Lok Sabha poll. 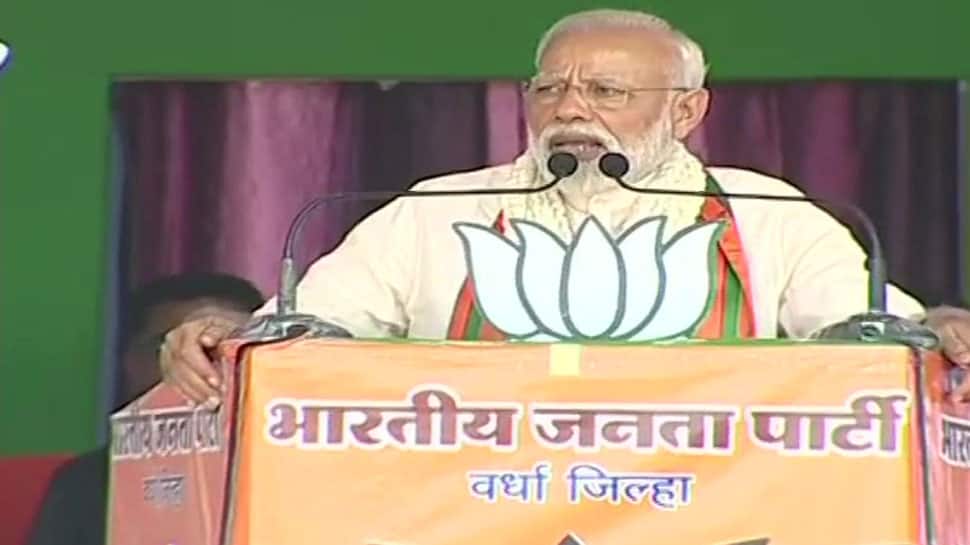 New Delhi: Prime Minister Narendra Modi on Monday took a dig at Congress and said that their abuses are his badge of honour and like ornaments for him. The Prime Minister was speaking at a rally in Maharashtra's Wardha.

Replying to Congress' 'chowkidar of toilets' remark, PM Modi said, "Two days ago, a Congress leader said that Modi has only made a vigil on the toilet. Isn't this language insulting to those who are engaged in cleanliness."

He also lauded the ISRO scientists for the successful launch of EMISAT satellite and said, "I would like to congratulate our space scientists and ISRO for their achievement."

The Prime Minister targetted the Congress-NCP alliance in Maharashtra and talked about infighting in NCP. He added that the party is slipping from Sharad Pawar's grip. Attacking Pawar, PM Modi said that Pawar decided against contesting election sensing the unfavourable situation.

"The alliance between Congress and NCP in Maharashtra is like Khumbhkaran. They sleep for six months when in power, gets up and goes to sleep again after eating public money," PM Modi further said.