Shatrughan Sinha's decision to accompany his wife Poonam, as she filed her nomination papers from Lucknow, has reportedly irked few in Congress. 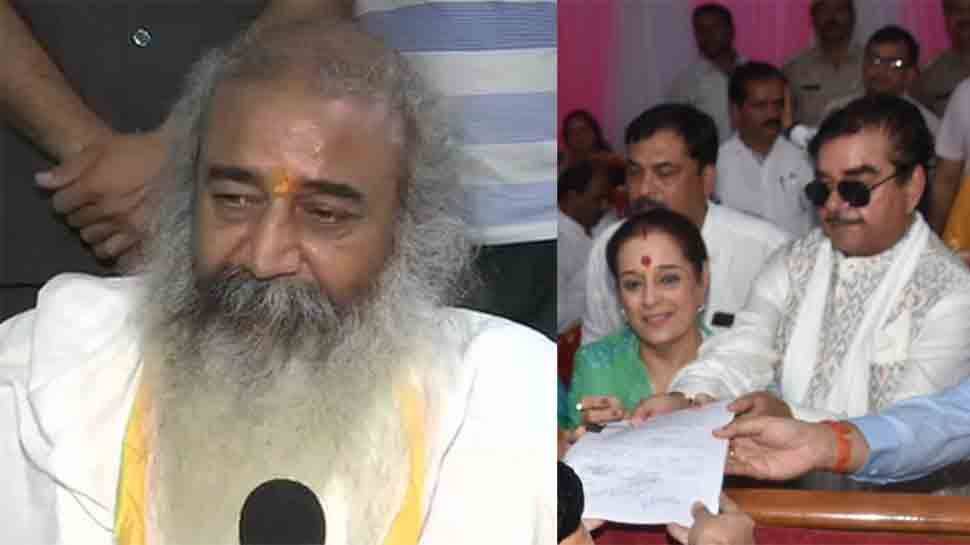 New Delhi: Congress leader and party candidate from Lucknow Acharya Pramod Krishna, who on Thursday filed his nomination for the Lucknow Lok Sabha seat, asked Shatrughan Sinha to campaign for him and help him win the Lucknow Lok Sabha constituency, against Samajwadi Party leader Poonam Sinha.

"Shatrughan Ji fulfilled a husband's duties. And now, I request him that since he is a Congress leader, he should come to Lucknow and campaign for me. He has fulfilled his duties as a husband and now it's time for his party," Acharya Pramod Krishna, a seer from Sambhal was quoted by ANI.

Earlier today, Shatrughan, a rebel BJP leader and Congress Patna Sahib candidate, took time out of his poll duties to be present with his wife Poonam Sinha, a Samajwadi Party leader, who filed her nomination papers from the Lucknow Lok Sabha constituency.

However, his presence with Poonam at BSP-SP road show in Lucknow today irked some of his party members who questioned him for campaigning for his wife. When asked about it, the actor-politician said that for him, family commitments are equally important and it was his duty as the head of the family and a husband to support Poonam.

Shatrughan, who is contesting the Lok Sabha election from Patna Sahib, will take on BJP leader and Union Minister Ravi Shankar Prasad.