Urmila Matondkar rode a motorcycle to file her papers. She is in fray from Mumbai North seat. 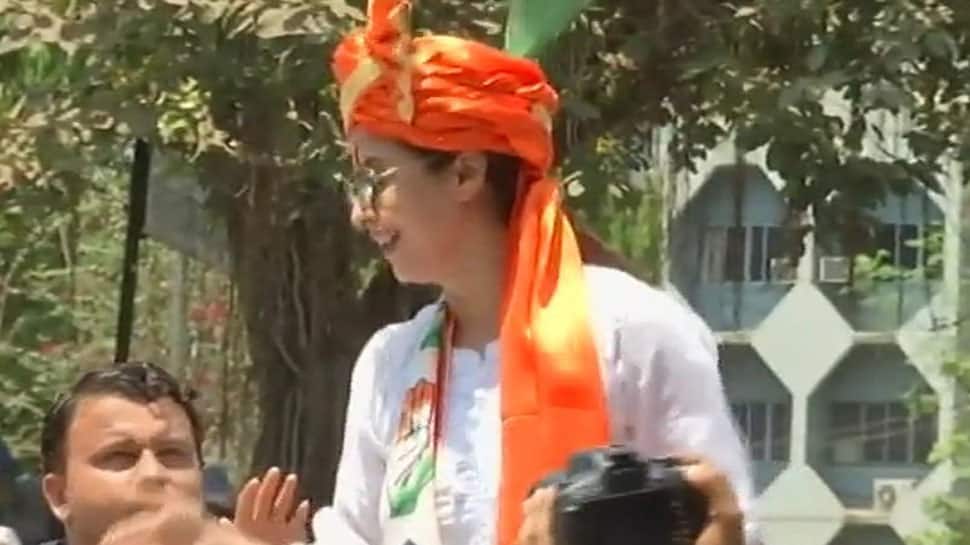 Matondkar, who rode a motorcycle to file her papers, is in fray from Mumbai North seat, where she is pitted against BJP's Gopal Shetty.

Priya Dutt was accompanied by her brother, actor Sanjay Dutt, while filing her papers for the Mumbai North Central seat, where she faces BJP's Poonam Mahajan.

Former city Congress chief Sanjay Nirupam filed his papers from Mumbai North West seat, where he is locked in a battle with Shiv Sena's Gajanan Kirtikar.

Deora and Sawant are in fray from Mumbai South seat.

Sawant was accompanied by BJP leader Raj Purohit while filing his nomination papers.

Shewale was flanked by Yuva Sena chief Aaditya Thackeray when he reached the election office to file his papers.

The last date to withdraw nominations for the fourth phase is April 11. Polling is scheduled on April 29.

In the first phase, polling will be held across seven seats where 116 candidates in fray.

In the second phase, 179 candidates will contest from 10 Lok Sabha seats.

As many as 393 candidates are in fray for the third phase of polling in 14 parliamentary constituencies of the state.

In the fourth phase, polling will be held in 17 constituencies, including those in Mumbai.