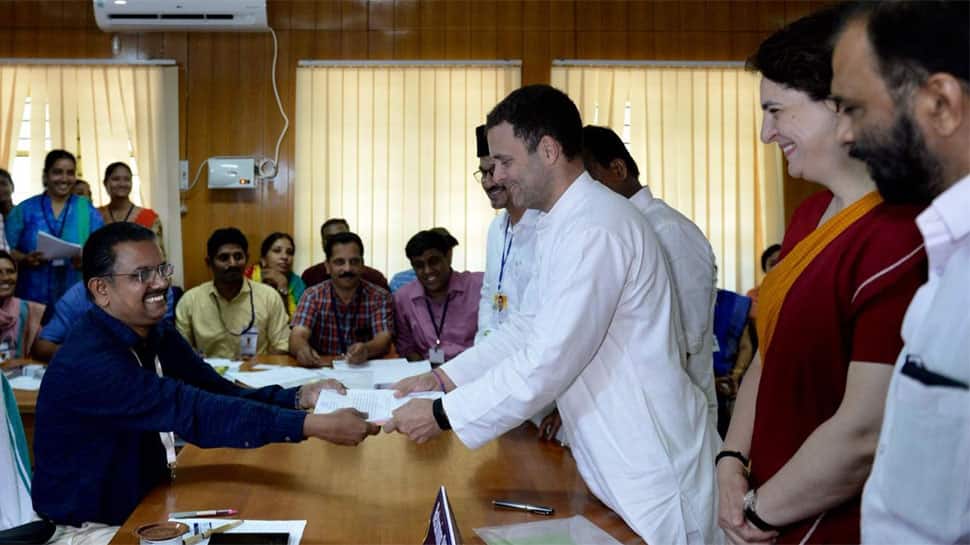 Rahul submitted his nomination papers before the district Collector A R Ajayakumar at the district headquarters.

The duo held a roadshow along with the state leaders former Chief Minister Oommen Chandy and Leader of Opposition in the Kerala Assembly Ramesh Chennithala.

Earlier, Rahul and Priyanka arrived at Wayanad in a chopper from Calicut. They were welcomed by hundreds of party workers, who later accompanied them during the roadshow.

Heavy security was in place in and around the Collectorate ahead of the high profile visit of the Congress chief. Rahul will also contest from Amethi in Uttar Pradesh, his traditional stronghold.

Union minister and BJP leader termed the Congress chief decision to contest from Wayanad an insult to Amethi.

"He is filing his papers from another Lok Sabha seat. This is an insult to Amethi and a betrayal with its people. The people will not tolerate this," she said.