The Central Election Committee (CEC) of the party has selected the candidates for three states--Bihar, Himachal Pradesh, and Punjab. 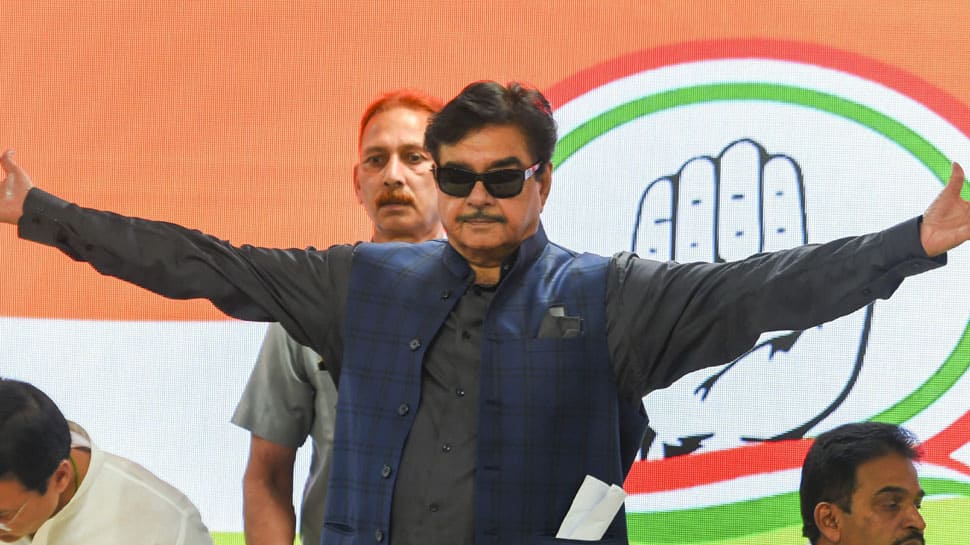 The Congress party late on Saturday afternoon released a list of five candidates for the upcoming Lok Sabha election 2019.

Actor-turned-politician Shatrughan Sinha has been fielded from the Patna Sahib constituency in Bihar, only hours after he joined the party quitting the BJP. The 72-year-old leader will face senior BJP leader and Union Law Minister Ravi Shankar Prasad from the seat.

With the latest list of five candidates, a total of 377 names have been announced by the party for the election.

The names were announced after party leaders from Punjab, Himachal Pradesh and Bihar met Congress president Rahul Gandhi earlier in the day.

Sinha joined the Congress on the foundation day of the BJP, adding that he quit the party as it has turned into a "one-man show and two-men army".

Congress General Secretary KC Venugopal welcomed Sinha into the party and termed him the "best politician who was earlier with the wrong party".

Joining the Congress, Sinha said party president Rahul Gandhi is a "tried, tested and successful dynamic leader, who is the face of the nation and its future". He hit out at the BJP leadership, alleging there's no place left for dialogue in the BJP anymore and the party's top brass "doesn't value its own people and views opponents as their enemies".

Party veterans are not being looked after in the BJP and are being sent to 'Margdarshak Mandal', he alleged. "In the BJP, democracy has slowly and surely turned into a dictatorship. The party has become a one-man show and a two-man army," Sinha alleged. He said whenever he tried to make a point, he was called a traitor.