It was rumoured that Sheila Dikshit was keen on contesting from Chandni Chowk Lok Sabha seat but JP Agarwal has been chosen as the candidate from there. 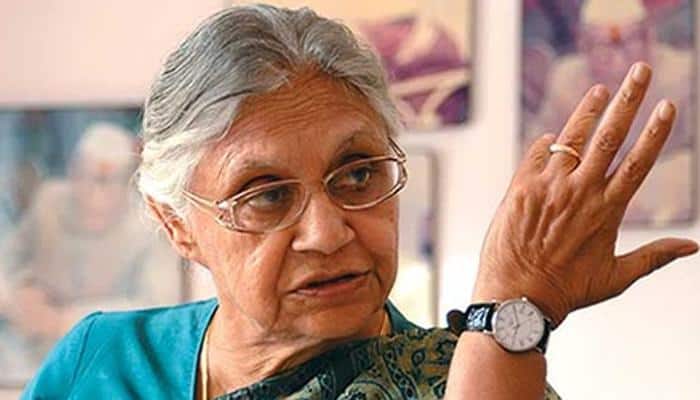 New Delhi: Congress on Monday announced a list of its six candidates who will contest Lok Sabha election 2019 from Delhi with former CM Sheila Dikshit being named from the North East Delhi parliamentary seat.

Dikshit will face off against BJP's Manoj Tiwari and AAP's Dilip Pandey while senior Congress leader Ajay Maken will contest from New Delhi Lok Sabha seat against AAP's Brijesh Goyal. While Maken had finished a distant third from the same seat in 2014 Lok Sabha election, Dikshit had not contested because she was the Governor of Kerala at the time. Congress had eventually lost in all seven seats.

This year, the other candidates from the party in Delhi are JP Agarwal (Chandni Chowk), Arvinder Singh Lovely (East Delhi), Rajesh Lilothia (North West Delhi) and Mahabal Mishra (West Delhi). No candidate has yet been named from the South Delhi seat.

With this, the total number of candidates named by Congress for Lok Sabha election 2019 stands at 419.

Over the course of the past several weeks, Congress was involved in talks with AAP over a possible seat-sharing arrangement in Delhi. However, AAP refused to give up seats in Delhi after Congress took a strong stand against a seat-sharing formula in Haryana. AAP would later say that giving up seats in Delhi to Congress was the same as giving up seats to BJP, a party that both AAP and Congress are looking to bring down. (Click here for full report)

All seven parliamentary constituencies in Delhi will vote in the sixth phase on May 12.