As per the agreement, Congress has decided to give eight out of the 28 Lok Sabha seats in the state to JD(S).

In a significant political development, the Congress and the JD(S) on Wednesday reached a seat-sharing pact for the Lok Sabha elections in Karnataka.

As per the agreement, Congress has decided to give eight out of the 28 Lok Sabha seats in the state to JD(S). 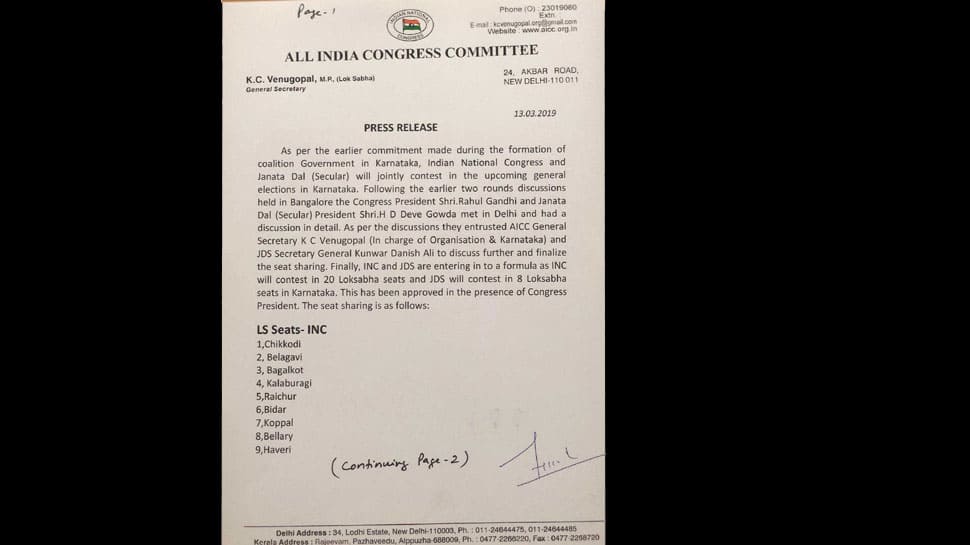 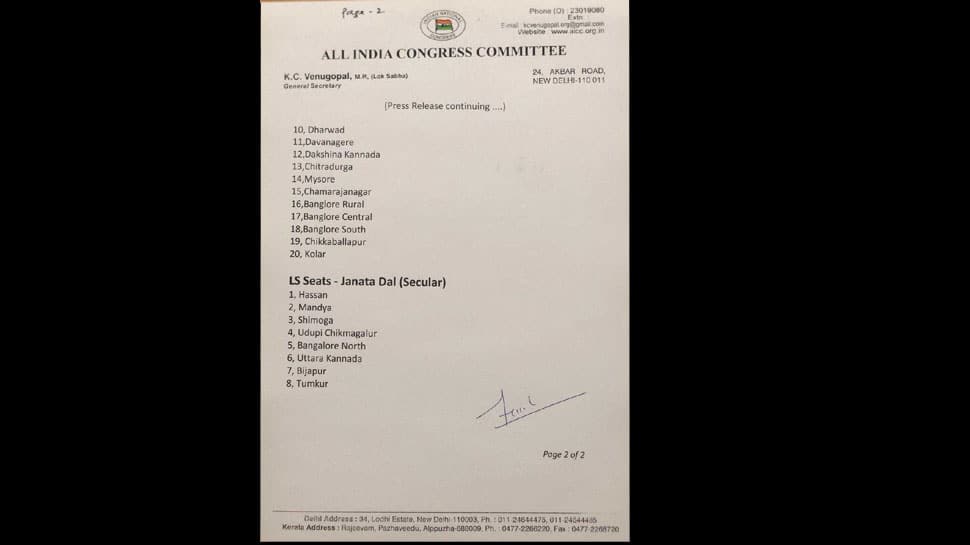 Few days ago, JD(S) patriarch HD Deve Gowda had said that the two parties were yet to reach an agreement over seat-sharing and Congress President Rahul Gandhi will take a call on this matter by March 15.

The Congress agreed to give Tumkur, which it had won in 2014, to JD(S) but the grand old party did not give any other seats that it had won last time. The party also kept Mysuru seat with itself. It is to be noted that Mysuru is the home district of former chief minister Siddaramaiah.

Sources said that the JD(S) had initially demanded 12 seats from the Congress but later eve Gowda had said that the party was not focused only on the number of seats. He had said that the JD(S) would be happy to settle for 10 seats too. On the other hand, the Congress was unwilling to give more than six seats to the JD(S) but the party agreed to eight after Karnataka Chief Minister HD Kumaraswamy's meeting with Rahul Gandhi. Though the Congress-JD(S) alliance is in power in Karnataka, the two parties share a rather uneasy relationship. Sources said that JD(S) is planning to field Deve Gowda's grandsons - Prajwal and Nikhil - from Hassan and Mandya. Some senior JD(S) leaders are against this idea and it remains to be seen whether Deve Gowda will give in to family pressure or take steps to keep his partymen happy.